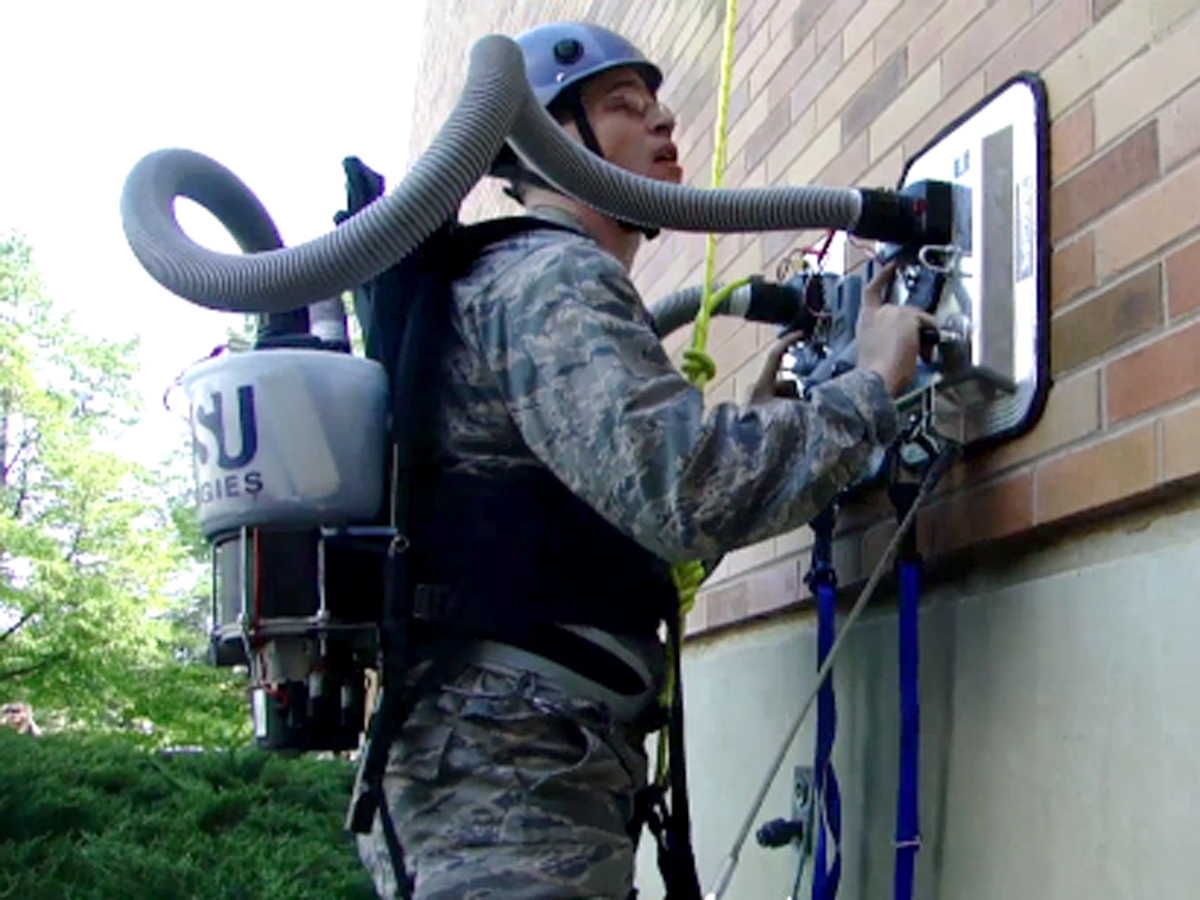 (CBS News) Remember that amazing scene in "Mission Impossible: Ghost Protocol" where Tom Cruise is scaling Dubai's Burj Khalifa using those crazy futuristic gloves that stick to walls? Sure you do! It was awesome! Apologies for those who haven't seen it.  But why haven't you seen it yet?  Anyways, back on topic, this video is kinda like that scene. But totally real. Check it out.

So in all fairness, I've heard that the stunts in the movie were actually done by Tom Cruise and this test wasn't performed on the 123rd floor of the Burj Khalifa. But the gloves! This is kind of like the prototype that will lead to those amazing gloves which will be able to turn an average person into a real-life Spiderman (without the "Spidey sense" and sticky webbing shooting out, of course).

The amazing technology was developed by students at Utah State University who write about it:

A team of engineering students at Utah State University has designed what could be the next hi-tech device for Special Forces military.

The whole idea was to find a way for soldiers to climb any wall without rope or hooks.

What these engineering students made is a climbing suit unlike anything you've ever seen.

Where the obvious thing to say in response to this technology is "take my money!", I have a feeling these won't be commercially available for a long while. Or ever. Probably the latter. Sigh.  But, wow! A big triple-rainbow salute of excellence goes out to these engineering students from all of us here at The Feed for getting us one step closer to the dream of becoming superheroes!