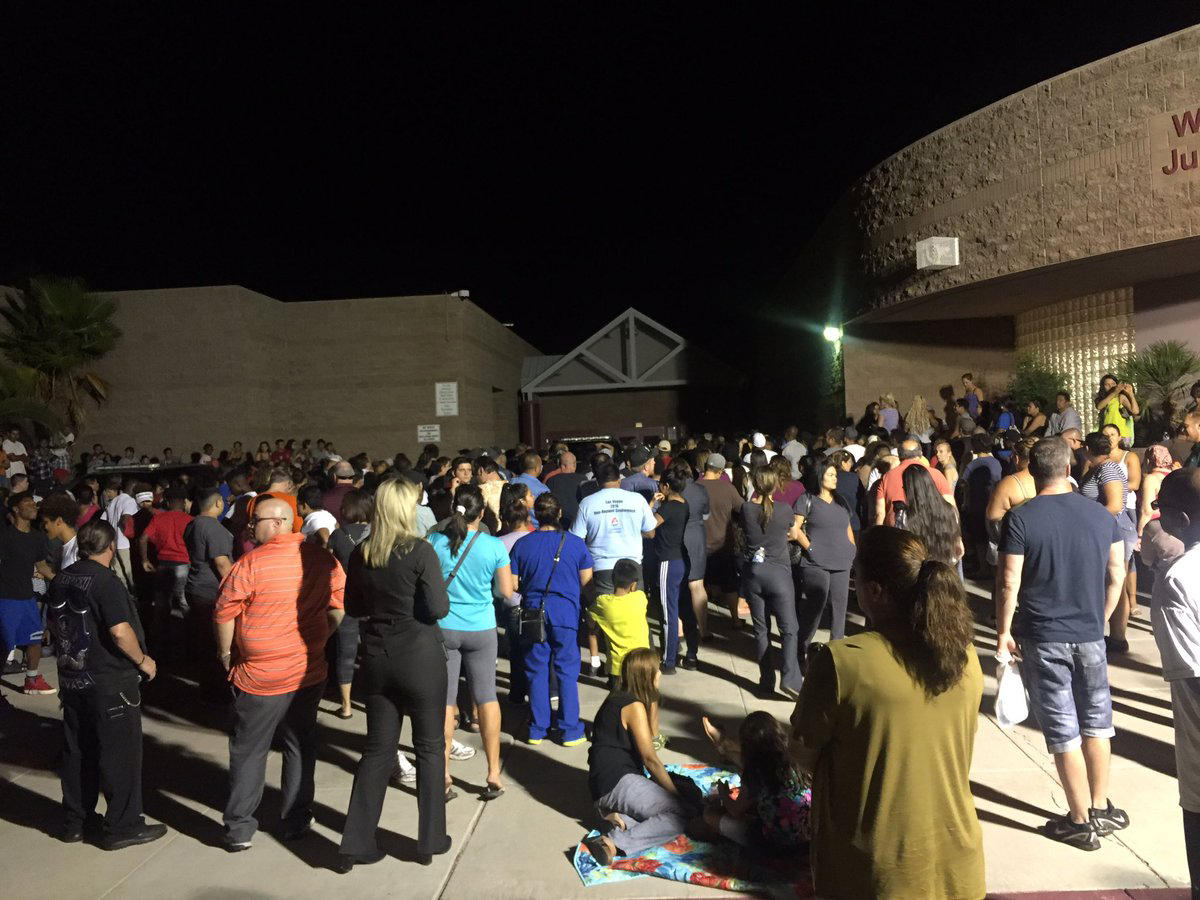 LAS VEGAS -- A Las Vegas middle school was put on lockdown after mercury was brought in by a student.

At least five children were exposed to the element known for its toxicity.

Police, Las Vegas fire and Clark County School District officials at the scene say there was a small amount of the substance found and that the area is safe.

Every student and staff member was checked by the Environmental Protection Agency before they were released, CBS Las Vegas affiliate KLAS-TV reports. The EPA also collected all of their shoes and backpacks for evaluation.

As of 8:30 p.m. several hundred students were still inside the school awaiting release to their parents, who were waiting outside, KLAS-TV reports.

“The EPA is screening students for their safety,” said Melinda Malone, communications manager for the Clark County School District. “We have to follow their guidance for releasing students. School police and metro are there as well assisting as well as other first responders.”