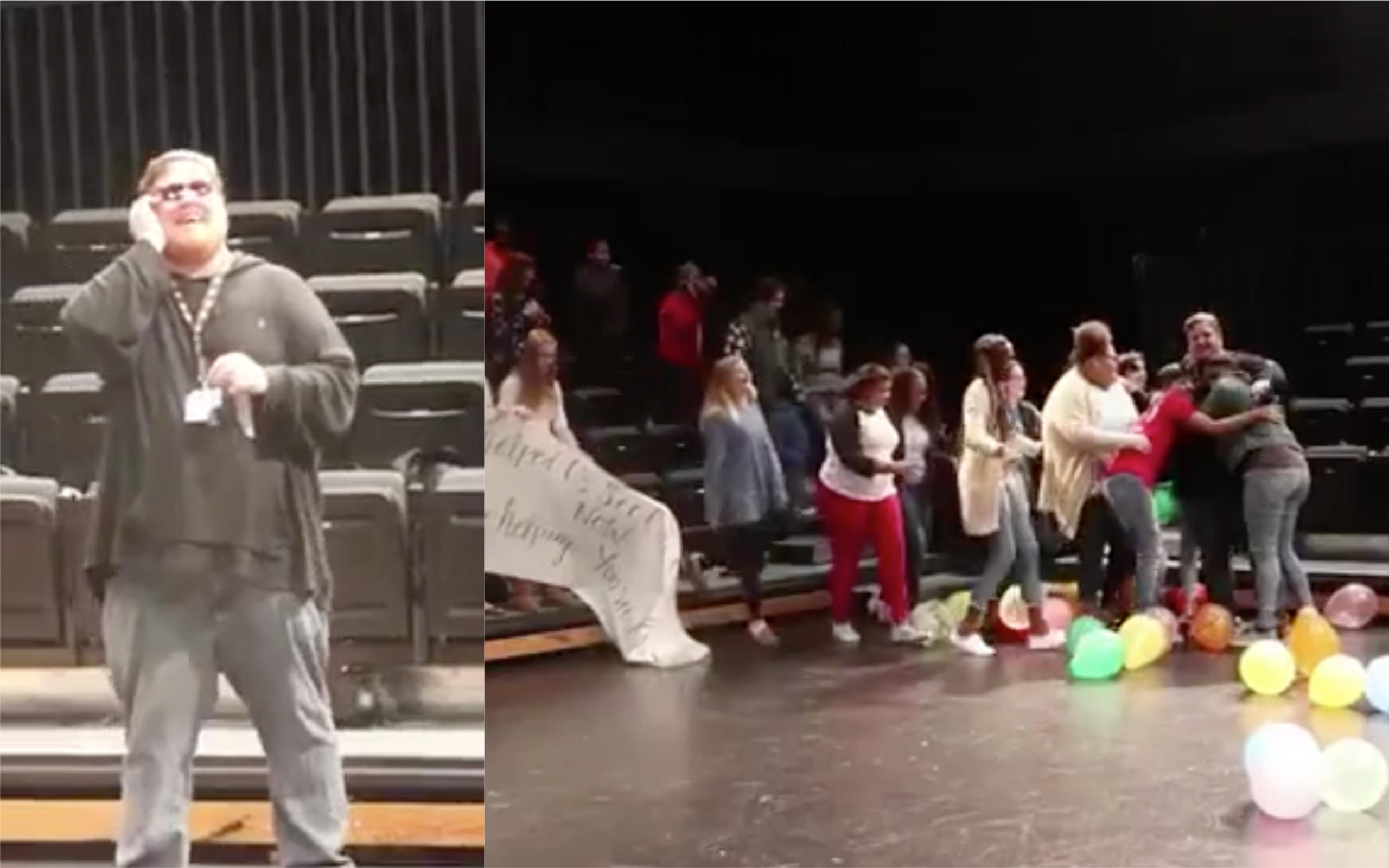 A high school choir director from Alabama walked into a balloon-filled auditorium and was shocked by a life-changing gift from his students.

Teacher Tyler Henderson, who is colorblind, is currently directing Lee High School's production of "Joseph and the Amazing Technicolor Dreamcoat." His students found out he was colorblind recently, and wanted to do something to help him fully enjoy the colorful show.

The Lee High School Thespian Group raised money through donations to buy their beloved teacher enchroma glasses, which allow colorblind people to see red colors. This is something Henderson has never been able to do before, so when his students gave him this gift, he was speechless.

Standing on stage, Henderson read a touching letter from his students, and was handed the enchroma glasses.

The students broke out into a song from "Joseph and the Amazing Technicolor Dreamcoat," and presented their teacher with a banner: "You helped us see our colors. Now we're helping you see yours."

Then Henderson put on his new glasses. "Do they work?" a student shouted from the audience.

"They work," Henderson responded in amazement. He sat down on stage, and began crying tears of joy.

Hours after he first received the gift, Henderson was still emotional. "For about 6 or 8 hours after I got the glasses, I had trouble putting them on without getting teared up," Henderson told CBS affiliate WHNT.

"Partially because of the experience of it, partially because you have like this level of awareness about the world around you that you didn't have before, which is a wild feeling," he said.

The students know the ability to see color is extra special for Henderson, who has dedicated his life to theater. "[He] hasn't been able to see the full technicolor effect of the show," student Ariana Brown said. "And now that he has, it's not just in the costumes. The costumes are vibrant, it's also the lighting and the tech that is added to it. Now he gets to see all the elements put together and just give it that last little spark."

The new glasses added brightness to Henderson's experience, but it's the students who really light up his world. "I was really, really overwhelmed. I couldn't really hold it in," he said. "The only thing I tried to say to as many of them as possible was that I loved them and how grateful I was, and that was about the only words I was able to get out at the time."