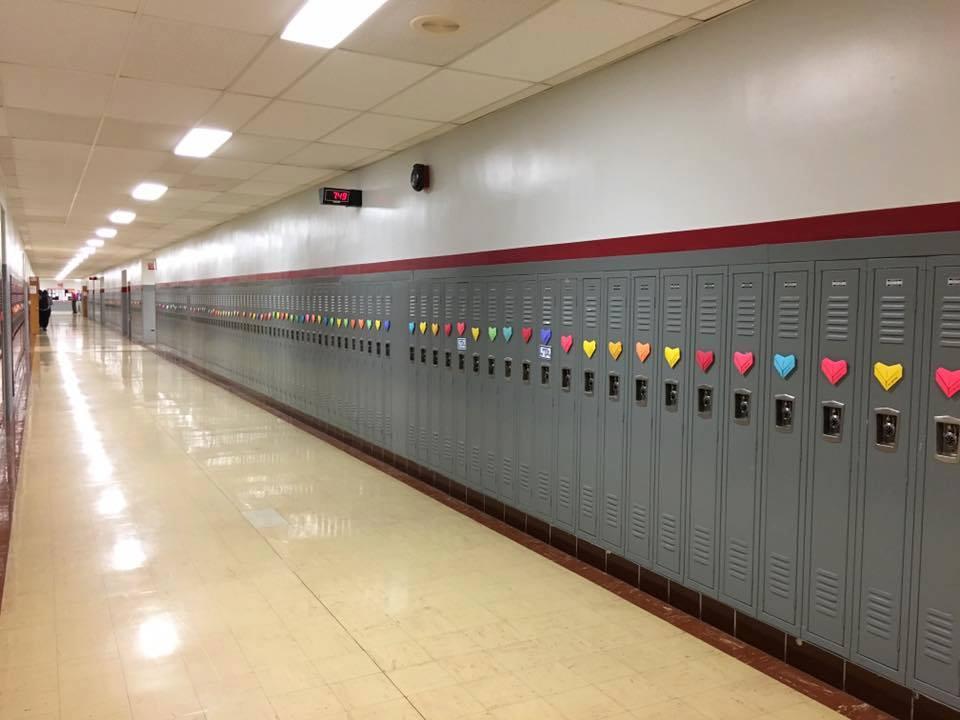 Students at a high school in Ohio got quite the Valentine’s Day surprise when they stopped by their lockers before class Tuesday morning.

One student at the school, who wishes to remain anonymous, made sure every student got a valentine, taping individual handwritten origami hearts to students’ lockers and stuffing staff members’ mailboxes with personal notes. Written in black permanent marker on the front of each heart were the words: “You are loved.”

“To have someone so dedicated to every single person in this building — that’s just an amazing quality for anybody to have, especially a high school student,” Katherine Weaver, principal at Troy High School, told CBS News.

Weaver saw the student, along with a handful of helpers, after school Monday, tirelessly pasting the handmade valentines one by one. In total, the student crafted about 1,300 valentines for students, teachers and staff.

“I can’t imagine the hours she spent doing it,” Weaver said. “I know she had a calendar to mark out how many she needed to make each day.”

The student told Weaver she came up with the plan back in the fall and had been working on the origami hearts since September. But she kept it a secret.

“She hadn’t told anybody,” Weaver explained. “She did this on her own; her parents didn’t even know.”

The school posted about the sweet gesture on Facebook Tuesday afternoon and recieved dozens of replies from parents and people across the country, praising the student’s act of kindness.

“My daughter received one and thought it was great,” one parent wrote. “t was even her favorite color — yellow!”

“Whoever you are, thank you! Made my girls day!” another agreed.

A teacher at the school also commented that she received a letter, and said students were lining up to get to their lockers.

In her three years as principal and 10 years working  in the school district, Weaver said she had never seen anything quite like this.

“There were things people would do from time to time, but nothing as big of a surprise,” Weaver said. “I’ve never seen a gesture be so overwhelmingly positive. It really set the tone for Valentine’s Day.”