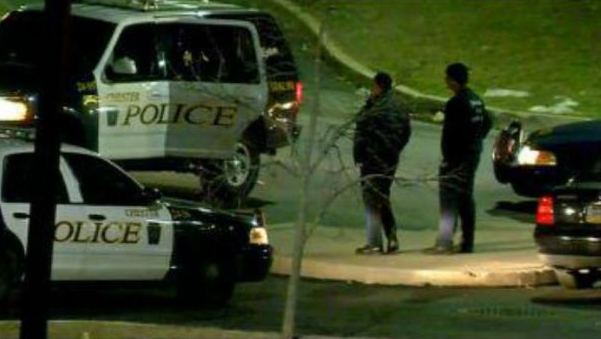 CHESTER, Pa. -- A shooting on the campus of a university outside of Philadelphia does not appear to be a random act of violence, officials said Tuesday, as classes were set to resume and the search for the gunman continued.

A student sitting in the parking lot of Widener University's athletic center was shot once by an unknown gunman around 8:45 p.m. Monday. The student called 911 to report the shooting and was listed in critical, but stable condition at Crozer-Chester Medical Center after undergoing surgery.

Dan Hanson, a spokesman for the university, said Tuesday that "all indications are this was not a random act of violence." He would not release further details of the investigation.

Widener asked students to remain inside until 6 a.m. as police continue searching for the suspect, but the university said that the campus had been secured by police and that classes were to resume as scheduled Tuesday morning.

Chester police were reviewing surveillance footage and were using K-9 units to track the suspect, who they believe fled into a residential neighborhood adjacent to the athletic complex, on the edge of the campus.

Police told reporters that they found one shell casing on the scene and believe the shooter used a revolver.

The university also has three other campuses, in Harrisburg, Exton and Wilmington, Del.