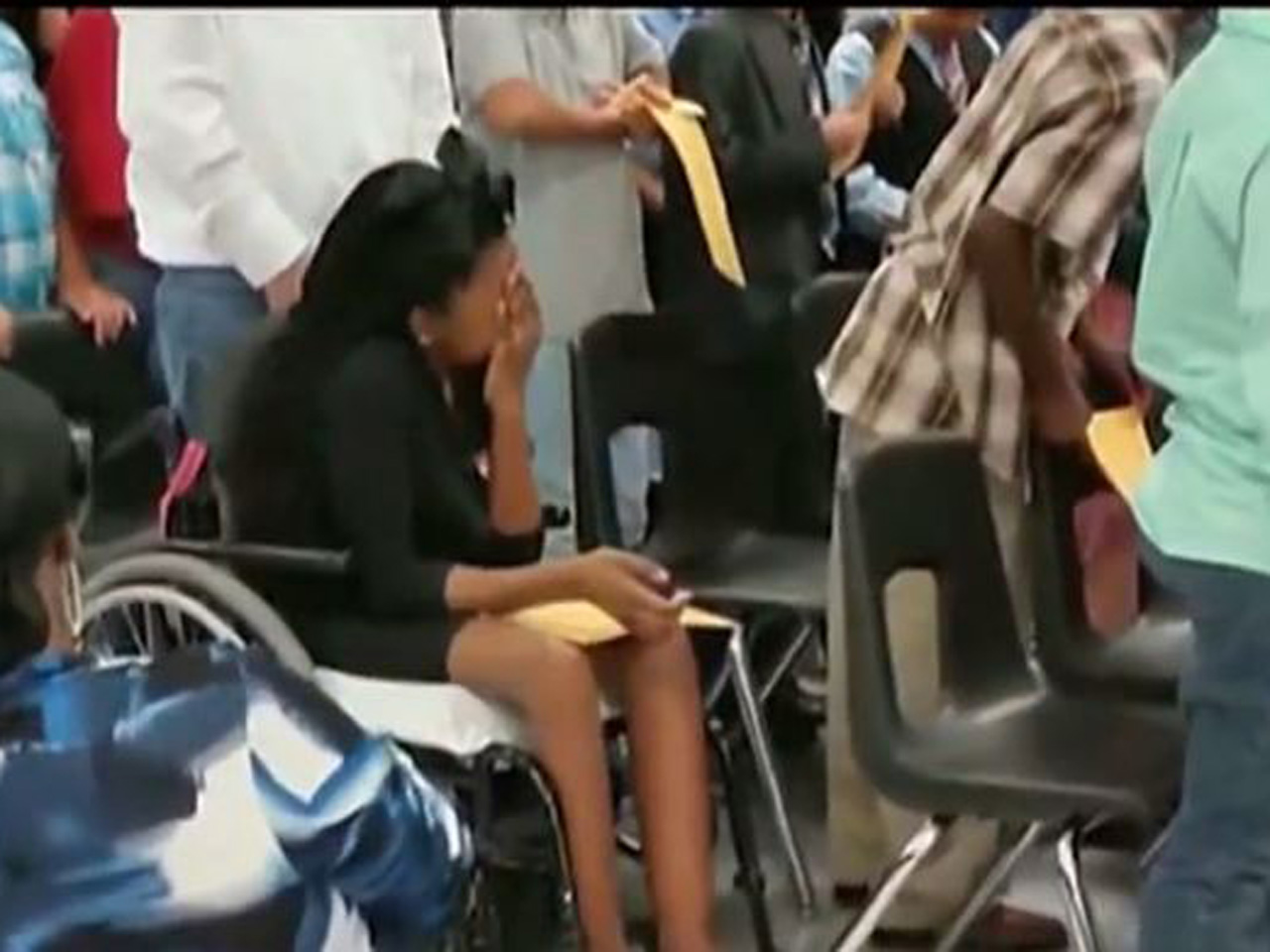 HOUSTON - Trinecia Blacklock watched her classmates get called out one by one at her fifth grade graduation ceremony last week at Link Elementary School in Houston.

By the end of the ceremony, she and her parents told CBS affiliate KHOU in Houston the wheelchair-bound student's name was never read aloud.

"They closed up the ceremony and then forgot to call my name," said Blacklock.

Her mom, Tonisha McCowan, said they only remembered to do so when she prompted them.

"How they missed her sitting there by herself down there in a wheelchair, I don't know," said McCowan.

Even if they had remembered to call her in time, Blacklock said she wouldn't have been able to fully take part.

"I wish I would have gone across the stage, but they have no ramp, nothing but stairs," said Blacklock.

While Blacklock has her certificate, and her family bought her a cake to celebrate, the joys of the day were dimmed, her mom said.

"It was just all very humiliating," said McCowan. "Her joy from that day was stripped from right under her."

In a statement, school administrators said they offered Blacklock and her family an apology, and that they plan on reviewing graduation procedures.