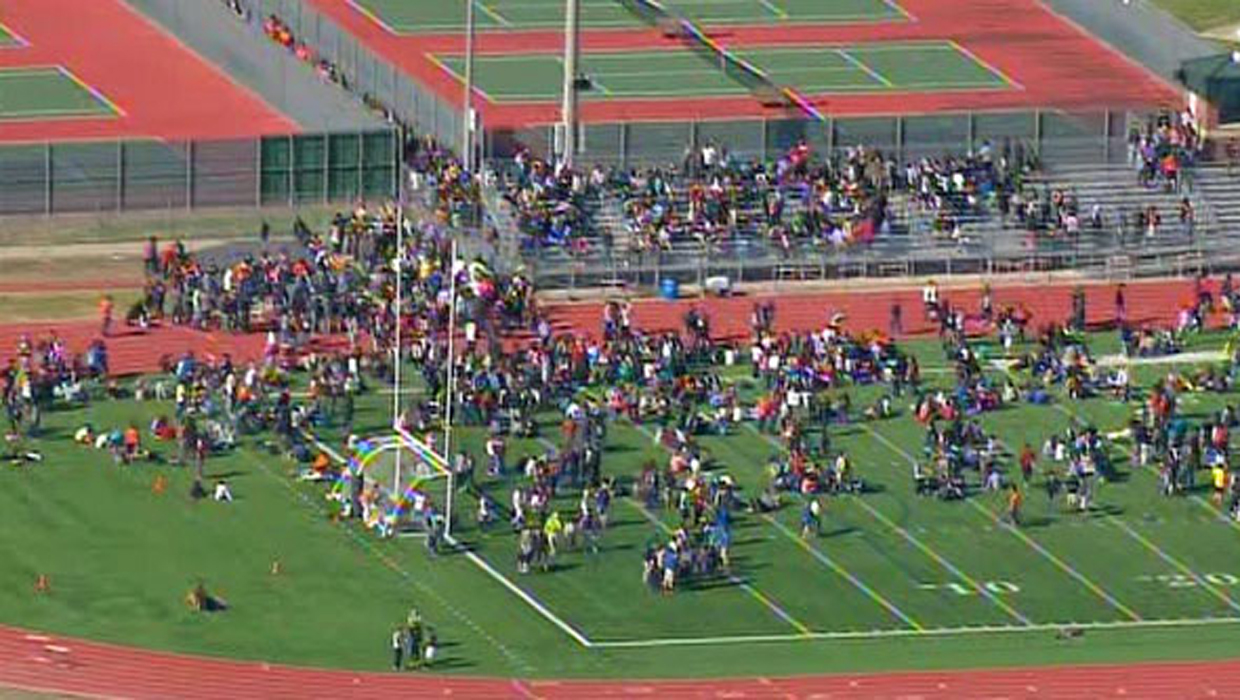 The school was reportedly evacuated around 10 a.m. after the Katy Independent School District police department learned of a perceived threat on campus.

Students were escorted safely outside and led to an enclosed area on the football and baseball field while officers swept the campus, according to the station. The device was found around 11 a.m. and the Houston Police Department bomb squad was called.  The FBI and the Harris County Sheriff's Office were also assisting.

Students were being dismissed early.