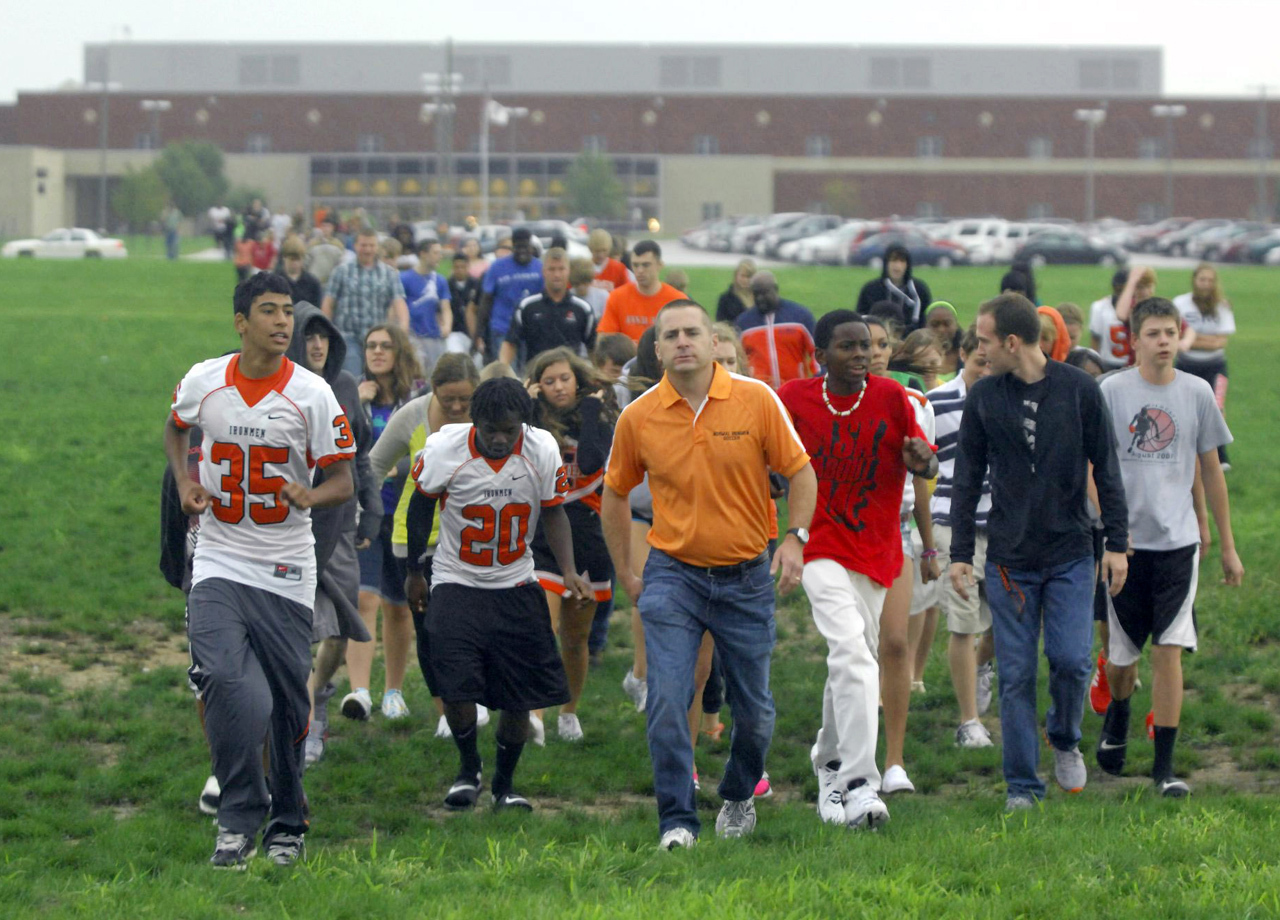 (CBS/AP) NORMAL, Ill. - Police say a teacher tackled a student and detained him just after gunshots were fired into the ceiling of a packed classroom at a central Illinois high school. No one was injured.

Normal Police Chief Rick Bleichner said at a news conference Friday that a 14-year-old student was being questioned after the early-morning incident.

Bleichner said police entered the classroom and found the teacher had subdued the student. The chief said a handgun was used but shots weren't directed at anyone. The motive wasn't known.

Walker Simmons, a freshman, told CBS affiliate WMBD he saw his Health class teacher grab the gun from the student and hold him down. He said all the students then ran out of the classroom.

"I kind of knew him, so I don't know why he was doing anything, but yeah, I was kind of scared. I didn't want to die," Simmons told the station.

Student Sean Kennedy told WGLT radio in Normal that the gunman pulled a handgun and hatchet from a backpack and told students in the room that no one wanted to listen to him talk about unspecified problems.

The school evacuated its more than 1,800 students to a nearby church and parents were called to pick them up. All parents were required to sign their children out and no one was allowed to leave on their own, according to WMBD.

Normal is 135 miles southwest of Chicago.