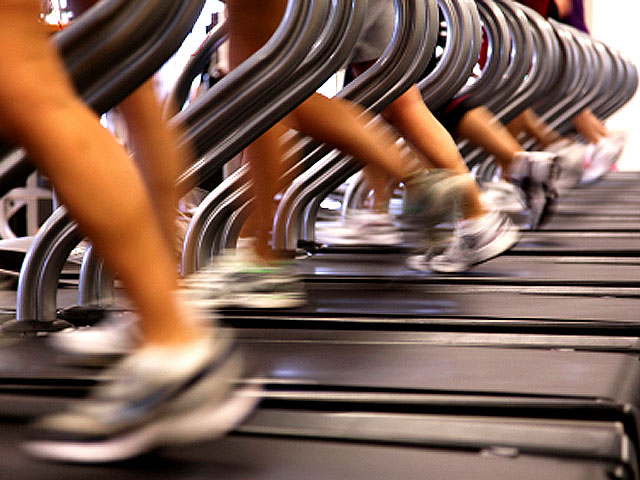 (AP) The most dangerous time for amateur athletes may not be during the heat of the game or even in rigorous practices. A total of 21 college football players have collapsed and died during conditioning workouts since 2000 - many on the first few days, when even the fittest players are often pushed too hard.

There's little regulation of these sessions, and coaches "just run willy-nilly" trying to make men out of boys, said athletic trainer Douglas Casa. "A lot of them are not focused on health and safety issues."

Conditioning sessions typically include running sprints, lifting weights, and endurance exercises. Games and practices have more oversight and safeguards. These include heat acclimatization rules limiting equipment worn, intensity and number of sessions for summer practices. Between 2000 and 2011, there were no deaths among top-level college football players in practices or games.

Now, health and sports professionals are seeking to make conditioning sessions just as safe. They have collaborated to create the first consensus guidelines on preventing sudden deaths during these workouts. The sessions last about two hours each and most run from January to June or July, depending on the sport, though some teams schedule them throughout the year.

The football conditioning deaths "generally occurred with excessive exercise under the direction of a coach, often in extreme conditions, and in some cases with staff inadequately prepared to deal with the emergency in a timely or appropriate fashion," said Dr. Jolie Holschen, a Chicago emergency medicine and sports medicine specialist and co-author of the new guidelines.

The same recommendations are good advice for high schools and younger athletes, too, not just to prevent deaths but to keep players safe at every stage in every sport, said Casa, the University of Connecticut's athletic training education director. He helped draft the new guidelines.

The most common causes of the 21 NCAA deaths were heat stroke, heart conditions and a genetic trait related to sickle cell anemia that affected 10 athletes who died. Under ordinary conditions it doesn't cause problems. But pushing athletes with the trait too hard can disrupt the blood's ability to carry oxygen to muscles, which can be deadly. Casa said about 10 percent of black athletes carry the trait; smaller numbers of whites and Hispanics have it too.

U.S. infants are tested at birth for the trait, and the NCAA in 2010 began requiring blood tests for it in Division I athletes after Rice University football player Dale Lloyd II died during a conditioning workout in 2006. The requirement for Division II athletes took effect this year.

"At the high school level, we still have to rely on birth records," which coaches may not have access to, Casa said.

"Our mission and goal since we lost our son has been more awareness. They need to be trained what to look for in any athlete, not just sickle cell trait," she said.

The new recommendations stress that conditioning workouts should be phased in rather than start at maximum intensity on day one. Exercise should not be used as punishment. Conditioning coaches should be trained in health and safety issues; certified in first aid, resuscitation and heart defibrillation; know which athletes have sickle cell trait; and know how to recognize signs and treat exercise-related complications from the condition. And they should be present during all conditioning sessions.

NCAA has policies echoing some of the recommendations and is evaluating the others, said David Klossner, the NCAA's director of health safety.

"We're supportive of the effort to address these issues that they raise," he said.

The guidelines challenge "the old athletic mentality that if a little bit is good, a lot must be better," said Jim Thornton, president of the trainers' association and head athletic trainer at Clarion University in Clarion, Pa.

Thornton said the new advice highlights the need better oversight in high schools, too. Many high schools have no athletic trainer and practices for many sports often take place without anyone trained in first aid present, he said.

"It's like dropping a kid off at a swimming pool with no lifeguard," he said.

Many of the athlete injuries cited involve a muscle-damaging condition called exertional rhabdomyolysis, rhabdo for short. Intense exertion can cause muscle cells to leak enzymes and protein into the blood. Symptoms include extreme muscle pain and dark urine. Severe cases can lead to kidney failure and sudden death.