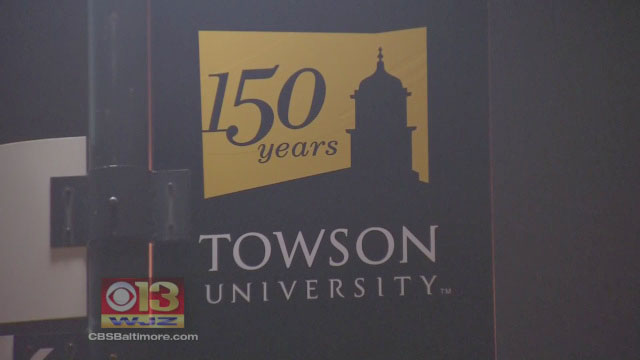 TOWSON, Md. -- A Towson University fraternity has been temporarily suspended after an alleged hazing incident has left one student hospitalized, CBS Baltimore reported.

"This investigation is going to be thorough. If we uncover any illegal activity whatsoever, those people will be held responsible," said Cpl. John Wachter.

CBS Baltimore has learned from a family member that the victim was forced to eat cat food and drink a substance which he was told was only vinegar and pickle juice.

The fraternity Tau Kappa Epsilon at Towson University is being questioned for the alleged hazing. Its local chapter is temporarily suspended as police look into the concerning accusations.

The incident is also disturbing students across campus.

"It's scary. It's scary that someone would ever do that," one student said.

"Kind of scary to know we go to school with people that might hurt other people intentionally," another student said.

The incident is also sparking outrage in posts on the the "Greek Rant" blog. One person said: "Cool, bros. Let's poison someone and destroy their esophagus and stomach lining!"

Another said: "[These] guys are pure scum. They flat out poisoned a kid and should be charged for attempted murder."

"At this time, we are investigating this alleged incident at Towson University. Tau Kappa Epsilon does not condone hazing in any form. These alleged actions do not align with our values of love, charity, and esteem. We have temporarily suspended the Pi-Upsilon chapter of Tau Kappa Epsilon. We are fully cooperating with the university and police investigations. If these allegations are found to be true, we will address the allegation swiftly and with appropriate action."

Towson University also has a strict hazing policy, and plans to take action if needed.

"And when we get an allegation of hazing, we respond immediately, we take it very seriously. If it's confirmed, we take action swiftly," said Ray Feldman, senior director of communications, Towson University.

Investigators are now working to determine what exactly happened to the student, where the ritual took place, and above all -- why.

The university is not releasing the victim's name at this time.

Hazing is considered a misdemeanor in Maryland. It carries a fine of up to $500 and six months behind bars.