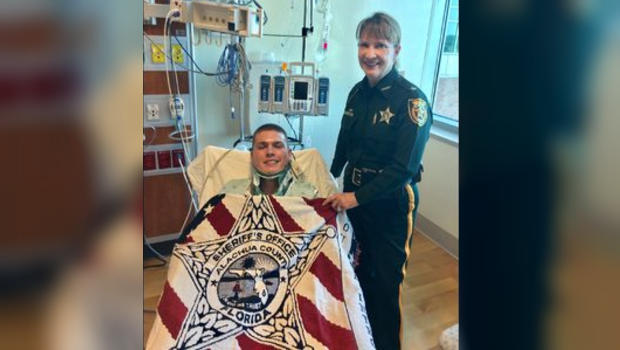 LAKE CITY, Fla. -- A Florida police officer was dragged for almost a mile by a vehicle driven by a man who had been stopped for a traffic violation.

An arrest report says officers stopped 30-year-old Breon Antoine Pope and learned he had a suspended driver's license and an active arrest warrant. Pope suddenly sped away and Robinson became attached to the pickup truck and was dragged until he became dislodged and landed in a ditch.

Officers unsuccessfully searched the area for Robinson's body camera, which came off while he was being dragged by the vehicle.

The Alachua County Sheriff's Office helped pursue the truck and Pope was taken into custody. He's being held without bond on multiple charges. Jail records don't indicate whether he has a lawyer.

A passenger who traveled in Pope's vehicle will likely not be charged, police said.

Robinson has been with the department since 2011. He's been on the force since 2015.