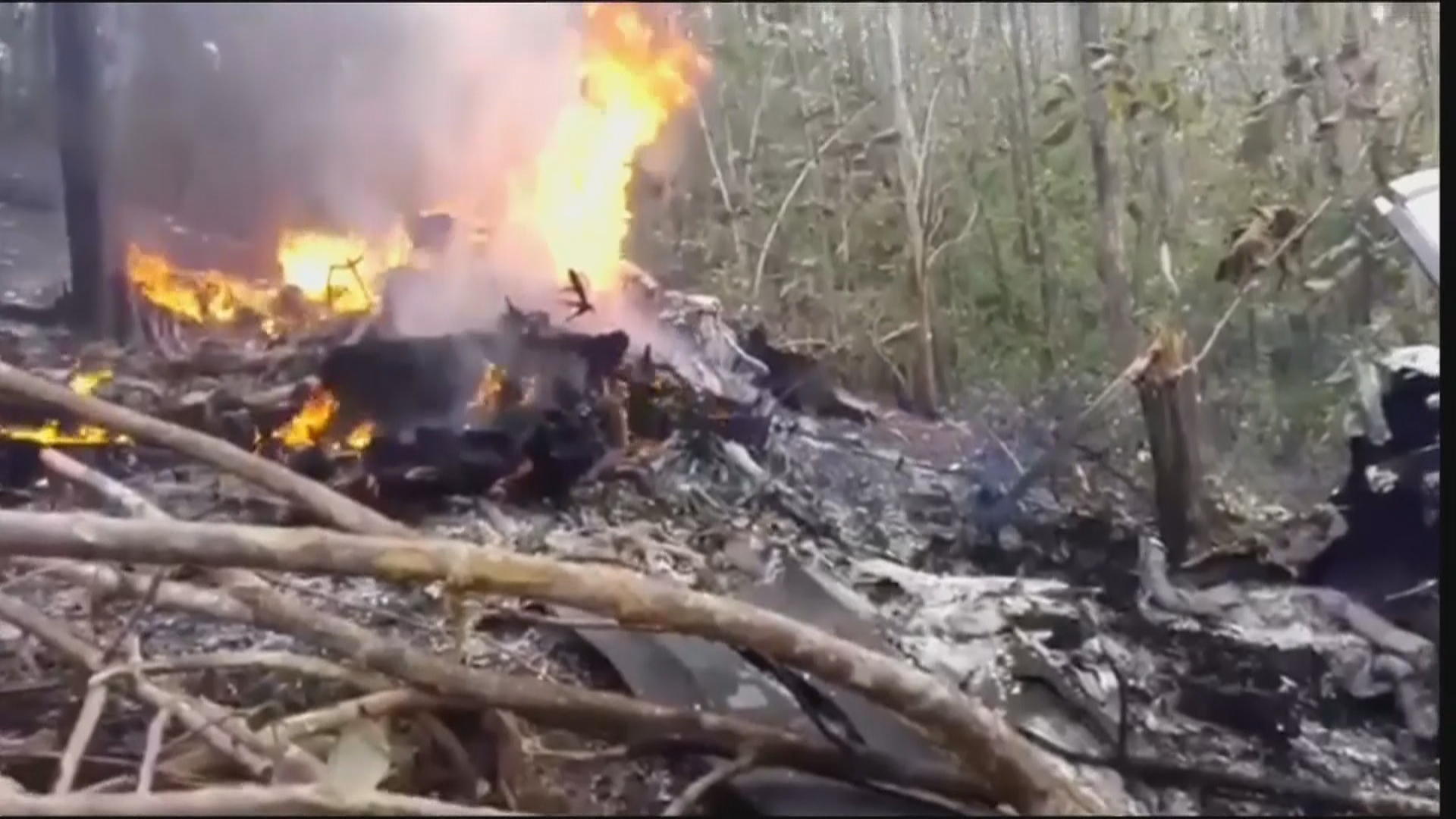 Investigators in Costa Rica are trying to determine if strong winds caused a plane crash that killed 10 Americans near the town of Punta Islita on New Year's Eve. All 12 people on board died, including a family from New York and another from Florida.

Two investigators from the National Transportation Safety Board in the U.S. are traveling to Costa Rica to help with the investigation, reports CBS News' Don Dahler. Costa Rican officials say they're focused on two things that could have caused the crash: mechanical problems and weather.

She lost her brother Bruce Steinberg and his family in Sunday's deadly crash. She says she's still waiting on the details of the investigation.

When first responders arrived at the scene of Sunday's crash deep in the forests of Costa Rica, they found the wreckage of the single-engine Cessna in flames.

The private charter flight – operated by the Costa Rican airline Nature Air – crashed just minutes after taking off from a small airfield on Costa Rica's west coast late Sunday morning. The plane was headed for the capital city of San Jose.

Aviation officials say before picking up passengers at that airport, the Cessna Grand Caravan attempted to land just before 11:00 a.m., but winds of more than 28 mph were too strong. The plane was forced to wait at a nearby airport before successfully attempting the landing a second time. Thirty minutes later, the plane departed with 10 Americans on board and crashed.

Among those killed in the crash were Bruce and Irene Steinberg and their three boys from Scarsdale, New York.

"I don't understand," she said. "Beautiful kids. Respect me always."

Mitchell and Leslie Weiss were also on board with their teenage son and daughter. Spencer Horsby lives next door to the family's home outside Clearwater, Florida.

"You never want it to happen to somebody that you know. And they were a good, good family," Hornsby said.

The two families on board were part of a tour group led by Amanda Geissler, the 10th American lost in the crash. Nature Air is calling the incident an "unfortunate tragedy" and says the pilot had more than 20 years' experience flying that model of aircraft.