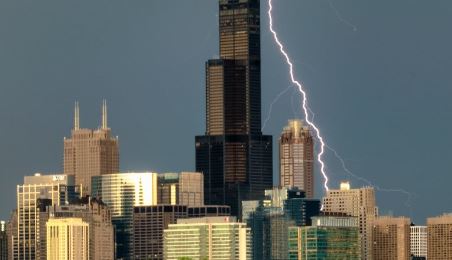 There were reports of trees and debris down on CTA tracks, which caused delays on the Red, Brown and Blue Lines.

Along the Blue Line, a platform near the Medical District stop was damaged by strong winds.

A Twitter user captured video of sparks flying after the platform fell on the tracks.

CBS Chicago captured the storm as it rolled into the Loop (winds pick up around 5:00).