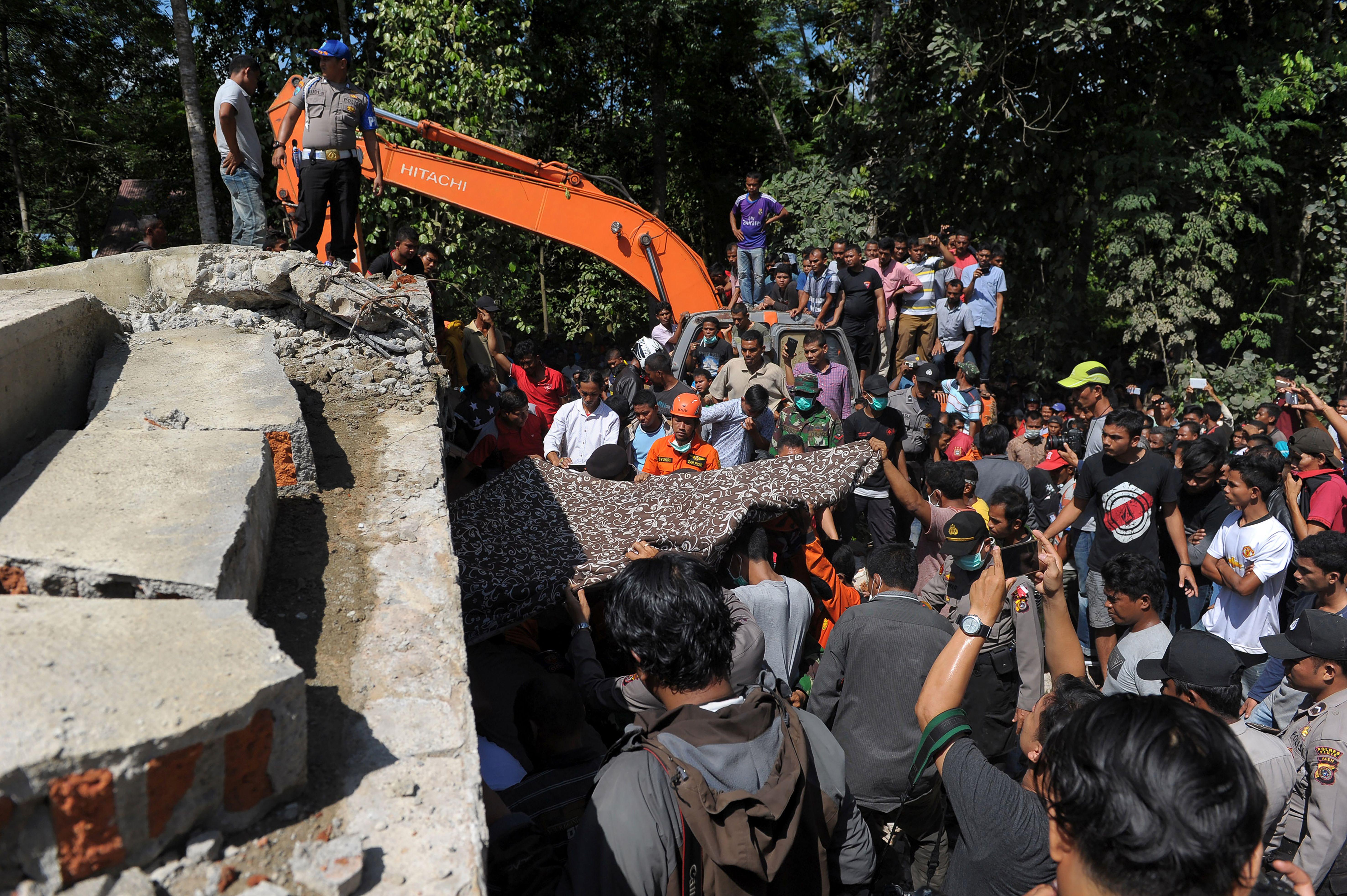 The U.S. Geological Survey said the shallow 6.5-magnitude earthquake that struck at 5:03 a.m. local time was centered about 6 miles north of Reuleut, a town in northern Aceh, at a depth of 11 miles.

Indonesia’s Climate, Meteorology and Geophysics Agency said the quake had no potential to trigger a tsunami.

The army chief in Indonesia’s Aceh province said the death toll jumped to 97 from 54 as rescuers pull more bodies from the rubble on Wednesday.

CBS News correspondent Adriana Diaz reports the quake struck just as thousands of Indonesians prepared to give their morning prayers, and dozens of mosques were flattened.

A disaster mitigation agency official said there were about 10 locations where searchers believed people to be buried under rubble.

Maj. Gen. Tatang Sulaiman said in a live television interview that four people were pulled from the rubble alive and he believed there could be another four or five still buried. He didn’t say whether they were alive or not.

“Hopefully we would be able to finish the evacuation from the rubble before sunset,” he said.

Most of the deaths were in Pidie Jaya, the district closest to the epicenter. At least two people died in neighboring Bireuen district. The national disaster mitigation agency said 78 people had suffered serious injuries.

He told a news conference there is extensive damage to buildings with more than 200 shop houses and dwellings either severely damaged or flattened. Some 14 mosques collapsed and one hospital was damaged.

He said classes for about 30,000 students are disrupted due to the quake.

In the nearby district of Bireuen, a teacher at an Islamic building school died after being hit by falling debris, said health worker Achmad Taufiq.

About 20 people were being treated at a health center and one person was moved to a hospital because of broken bones and a head injury, said Taufiq.

Residents of the nearby town of Lhokseumawe ran out of their houses in panic during the quake and many people fled to higher ground.

The world’s largest archipelago, Indonesia is prone to earthquakes due to its location on the Pacific “Ring of Fire,” an arc of volcanoes and fault lines in the Pacific Basin.

In December 2004, a massive earthquake off Sumatra island triggered a tsunami that killed 230,000 people in a dozen countries. More than 160,000 people died in Indonesia alone, and most of those deaths occurred in Aceh.