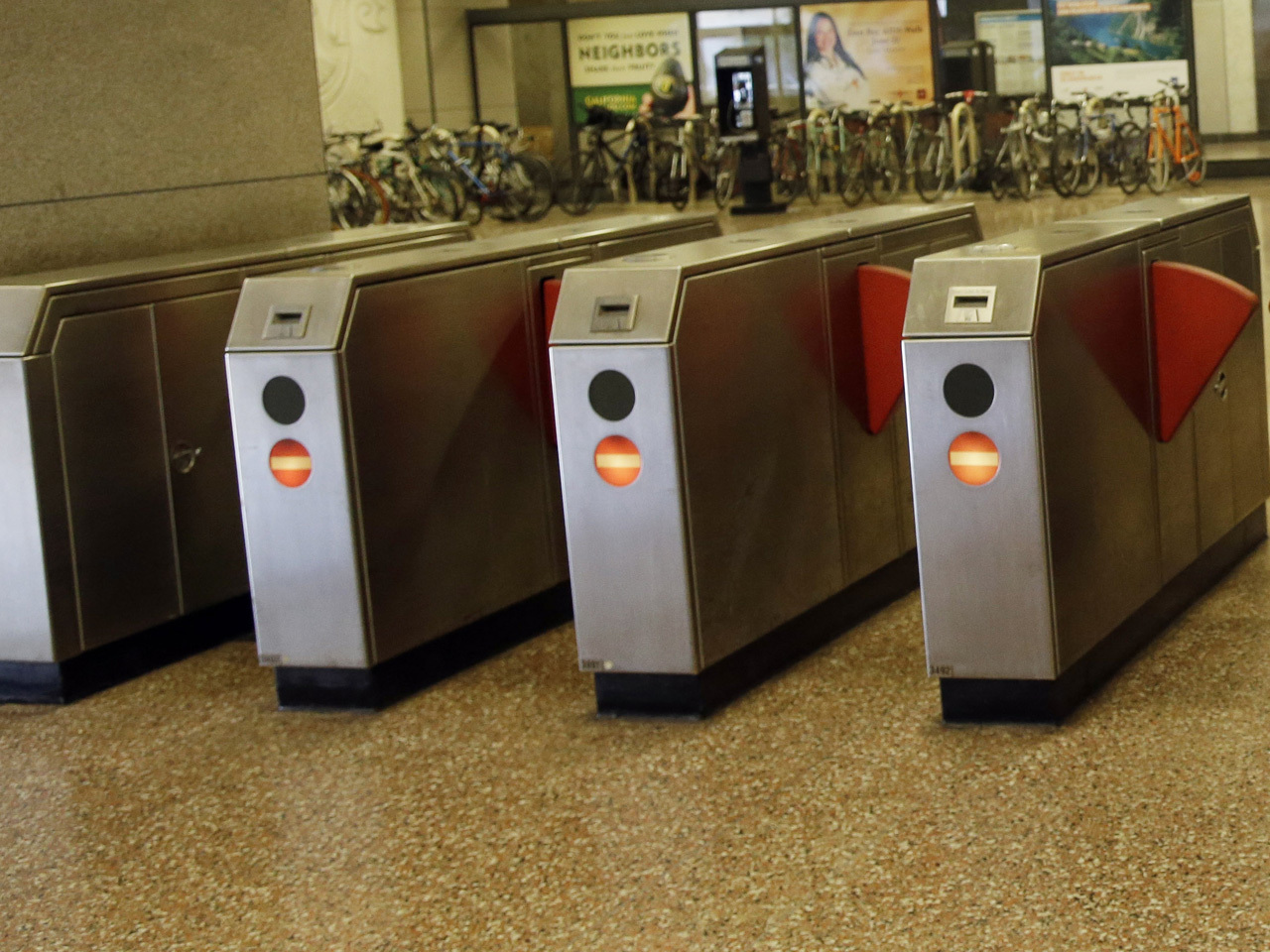 SAN FRANCISCO A San Francisco Bay Area transit agency and its striking workers made progress in contract talks, and the two sides were set to meet again on Wednesday afternoon, a union negotiator said.

"We've worked very hard," Mooney told reporters, adding that the two parties were scheduled to meet again at 1 p.m. Wednesday. She said she could not comment further because a mediator has asked the parties not to speak to the media.

BART spokeswoman Alicia Trost told the San Francisco Chronicle that meeting until 3 a.m. as the parties did is "always a good sign."

"It is good to see that we're at the table and we're meeting extensively," she said.

Workers, however, remained on strike, snarling the morning commute for a third straight day. BART is the nation's fifth-largest rail system and serves hundreds of thousands of commuters each weekday.

People lined up early for charter buses set up by BART and endured heavy traffic on the San Francisco-Oakland Bay Bridge.

One commuter told CBS San Francisco station KPIX-TV that she hopes the strike is resolved soon, and that it produces change.

"Customer service is lousy," she told the station from one of the BART-replacement shuttle buses departing to San Francisco. "When the trains get stalled and everything, you're packing in the trains, and that's kind of serious. Something's going to happen one day when you're packing too many people ... BART commute service is the worst commute service compared to Washington and New York City."

Talks between BART and its unions resumed on Tuesday after political pressure mounted for a settlement. The governor sent two of the state's top mediators — the chair of the Public Employment Relations Board and the chief of the State Mediation and Conciliation Service — to facilitate further talks.

A letter from Democratic state officials said the strike has caused "widespread personal hardship and severe economic disruption," and it noted they were disappointed "about the lack of productive proposals and counterproposals in the days leading up to the strike."

Commutes in the region were thrown into chaos when the strike began early Monday after talks with management broke down. BART carries passengers from the farthest reaches of San Francisco's densely populated eastern suburbs to San Francisco International Airport across the bay.

Freeways have choked to a standstill. Lines for ferry service tripled, boats were crammed to standing-room only and ridership on Caltrain increased.

BART, with 44 stations in four counties and 104 miles of lines, handles more than 40 percent of commuters coming from the East Bay to San Francisco, said John Goodwin, a spokesman for the Metropolitan Transportation Commission.

Transit authorities have made accommodations to help during the strike, including longer carpool lane hours and additional ferries and buses.

The striking unions and management have previously reported being far apart on key issues including salary, pensions, health care and safety.

The unions — which represent nearly 2,400 train operators, station agents, mechanics, maintenance workers and professional staff — want a 5 percent raise each year over the next three years.

BART said union train operators and station agents average about $71,000 in base salary and $11,000 in overtime annually. The workers also pay a flat $92 monthly fee for health insurance.