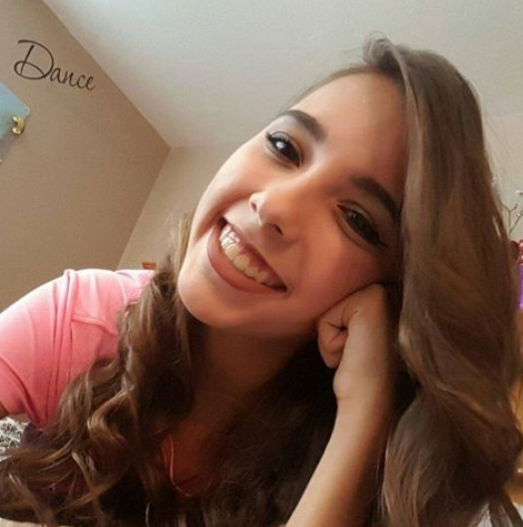 Cirila Munyon’s daughter thought she was crazy, her family laughed at her, but the mom was willing to do just about anything to find her 15-year-old a kidney donor — even if that meant covering her car in graffiti.

Last May, her daughter, Robin Schrader, had gone in for a sports physical before cheerleading tryouts at her high school in Tucson, Arizona, when her doctor noticed something wasn’t quite right. Her blood pressure was high, and after drawing some labs, she was told to go to the hospital.

After several tests and a kidney biopsy, Schrader was diagnosed with Membranoproliferative Glomerulonephritis (MPGN), a rare disease where the immune system damages the kidney.

“They were actually surprised she hadn’t passed out yet or worse,” Munyon told CBS News. “Not only were her kidneys not working, but it affects so many other areas.”

Schrader, a high school freshman, is now on dialysis for up to 4 hours a day, 3 days a week, until she finds a match.

“She loves to do normal stuff. She can’t be a cheerleader, can’t do sports, they won’t let her do any of that stuff she wants,” Munyon said. “Dialysis puts a drain on her body. She’s been sick.”

As soon as Munyon found out her daughter was viable for a transplant, she got tested. Unfortunately, the doctors wouldn’t let her donate due to a history of diabetes and issues with her blood.

So, the desperate mom took to Facebook, pleading with friends and family to step up if they were able, but she wasn’t having much luck. That’s when Munyon made a bold decision: to splash her request in paint across back windshield of her car.

“My 15yr old needs a kidney. Type O blood. Call or txt,” Munyon painted, along with her phone number.

She was hopeful, but she didn’t expect much — then a kind stranger knocked on her door. John Drattlo, who happened to see the woman’s request and took a picture of her car, asked Munyon if he could post the plea on Facebook. Munyon agreed, and within days thousands of people shared Drattlo’s post.

Since Sunday, a week after Drattlo posted the photo on Facebook, more than 170 people have contacted the family and agreed to fill out a questionnaire to see if they could be a compatible match.

People from across the country, and even around the world, have told Munyon “they are willing to be the next in line to test for her,” she said. It’s giving them a glimmer of hope that they’ll find a match, and that Schrader can one day resume being a regular teenager.

Munyon says she’s glad she took a risk by painting her car and recommends other parents in similar situations do the same.

“Do not give up, whatever you do — even if it’s something someone thinks is crazy,” Munyon joked.