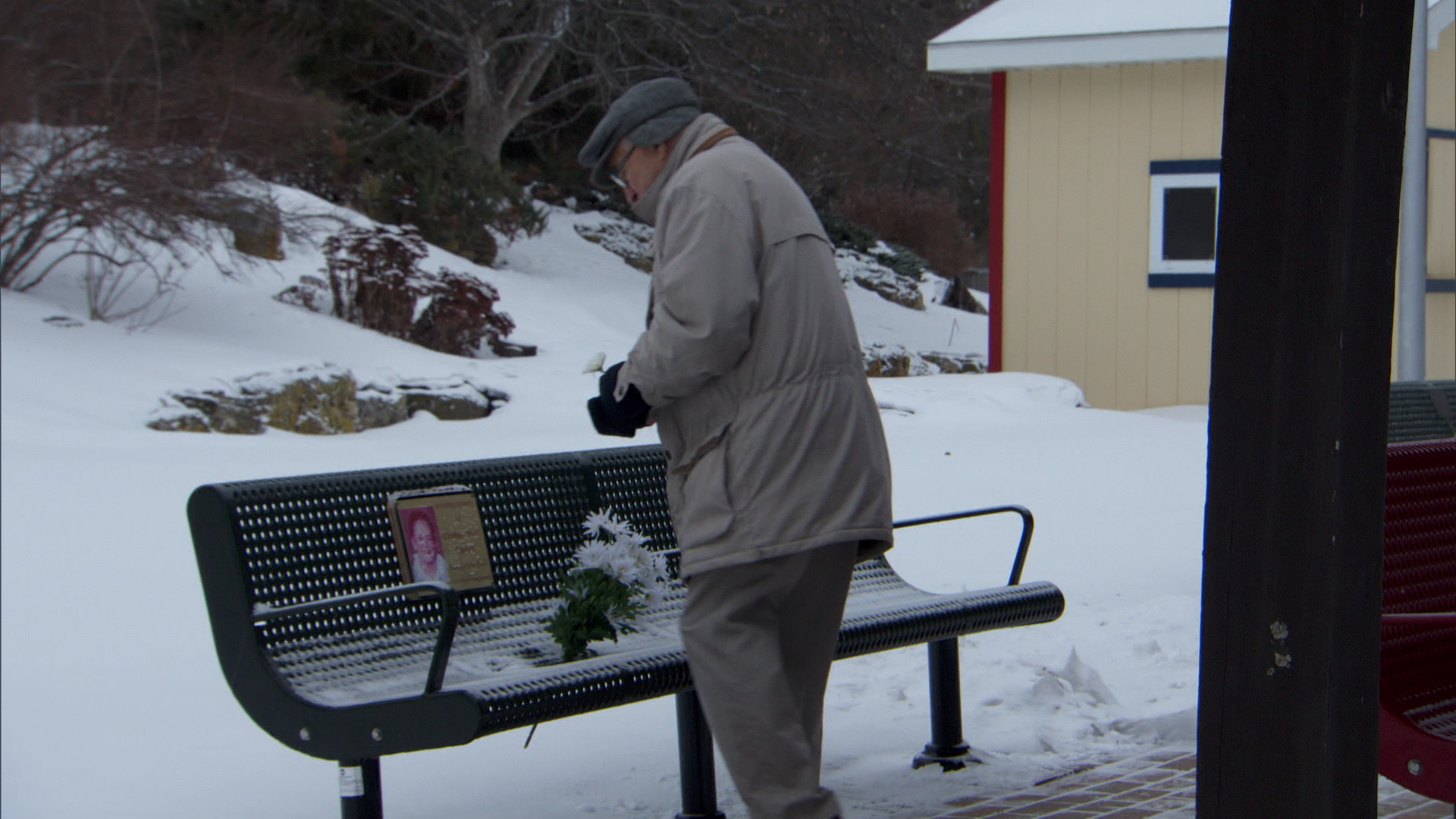 FOND DU LAC, Wis. -- There's really nothing to do at Lakeside Park in Fond du Lac, Wisconsin -- at least not in the winter.

So why then, for the past couple months, have two city workers -- Jerrod Ebert and Kevin Schultz -- been sneaking off, on their own, to shovel a walkway no one really needs to walk on?

Jerrod Ebert and Kevin Schultz say they discovered that one person one snowy day. They saw the man in his car in front of a snow bank. After watching him, they figured out what he was doing there.

"It took us both back a little bit thinking, my gosh, his devotion is that strong that he still comes when he can't make it to the bench even," said Ebert.

At the end of the walk there's a bench dedicated to a woman named Betty Caldwell -- and just based on the flowers you can tell she's still loved.

Bud Caldwell says his wife loved the song "Daisy a Day", so when he lost her a couple years ago after 55 years of marriage, he got a bench in her memory and started taking her daisies every day he could. He thought no one was noticing -- so imagine his surprise.

"One day I pulled up there and there's the walk shoveled," explained Bud. "My knees about buckled on me."

Bud couldn't believe someone would go to such trouble.

"We were just doing what we felt was our job," said Ebert. "Some intuition, be it divine or otherwise says this is why you're here - to help one another."

Sometimes to make a difference in the world you need a good idea. And sometimes all you need is to recognize the good around you and clear the way for it.

"See, you tomorrow, munchkin," Bud said as he walked away from the bench. "Love you. Always did. Always will."