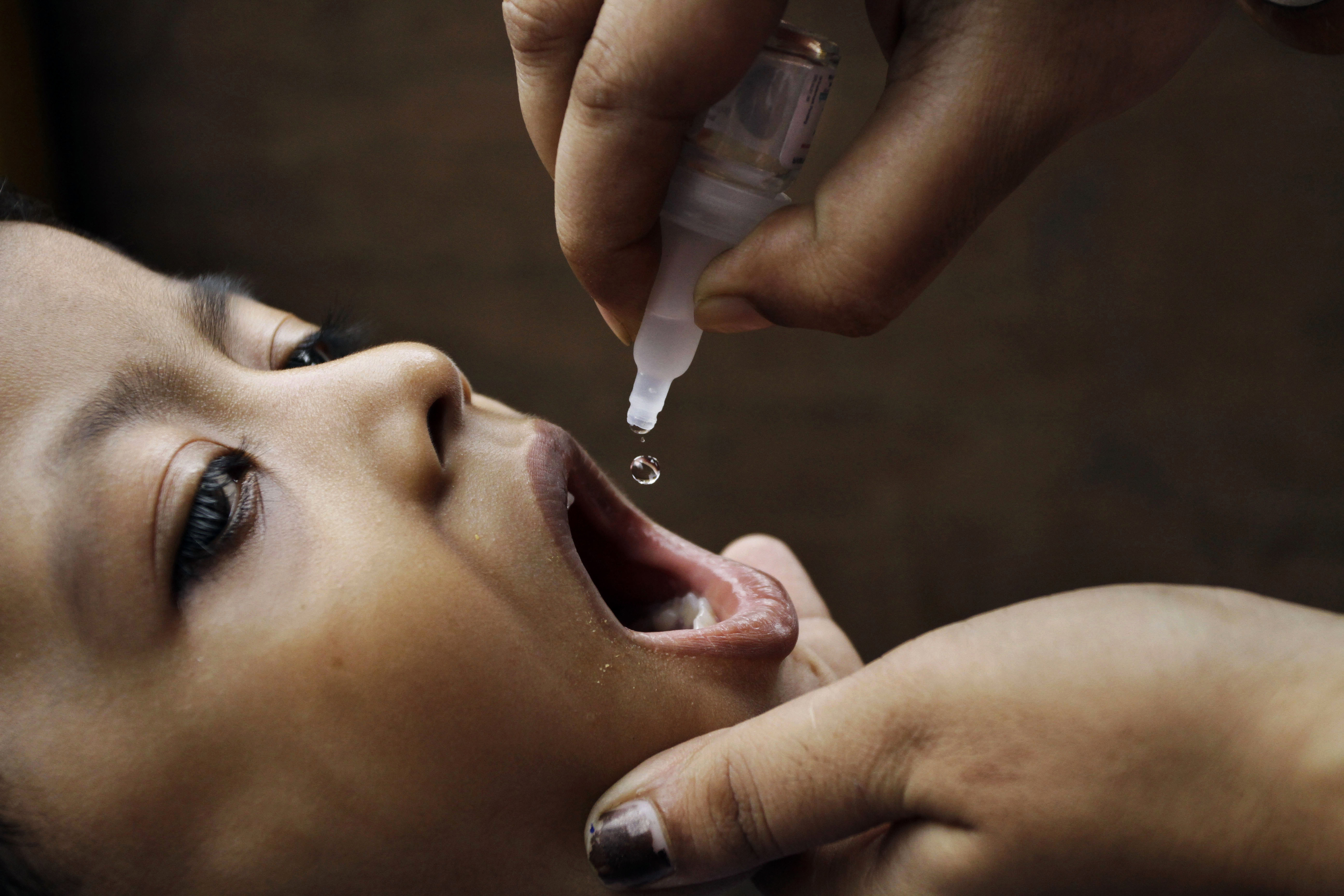 HYDERABAD, India -- A city of nearly 7 million people in southern India has declared a "high alert" for polio after an active strain of the virus was found in samples of sewage water, an official said Wednesday.

About 350,000 children aged 6 weeks to 3 years old will be vaccinated next week in Hyderabad and the neighboring Ranga Reddy district in the state of Telangana.

The Health Ministry said the discovery did not reflect a resurgence of polio in India, which was declared free of polio in 2014.

"India continues to be polio free as the country has eradicated wild polio virus," the ministry said in a statement, noting the last case was recorded in January 2011. "It has been more than five years that no wild polio has been detected."

The poliovirus detected last month in Hyderabad was a strain that had mutated from the vaccine itself, the ministry said. Its detection "only indicates the robustness of the surveillance system," the ministry said.

"There is no need to panic," he said. The virus detected last month was found by one of the random tests done regularly throughout India since the disease was eradicated.

India's federal and state governments, the World Health Organization, UNICEF and other groups united to fight the crippling disease, succeeding with the polio-free declaration in 2014. WHO and others will assist in the vaccination drive, Tiwari said.

Hyderabad is often referred to as "Cyberabad" because technology giants, including Accenture, Microsoft, Verizon and Oracle, have their India headquarters in the city.