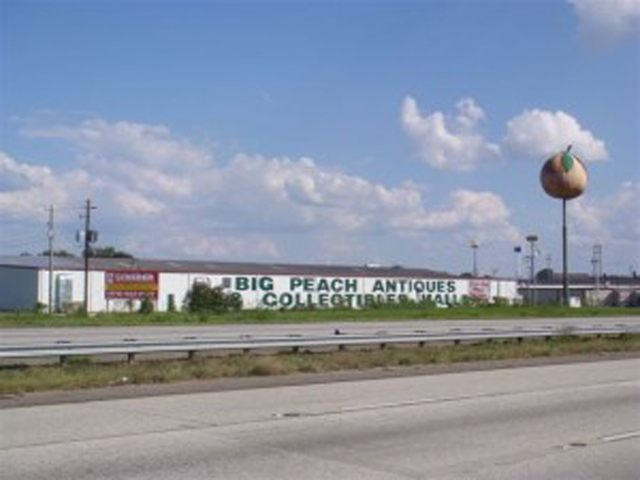 BYRON, Ga. - Authorities say the ferocious storms that tore through the South have toppled a central Georgia landmark — a giant Peach on a pole which has towered over Interstate 75 since 1987.

RoadsideAmerica.com, a website that tracks unique roadside attractions across the nation, says Byron's Big Peach was used to advertise an antique mall along the interstate.

WMAZ-TV reports that antique dealer John Harley walked into work Tuesday morning and discovered that the Big Peach had fallen. Harley says the Big Peach has been an icon for travelers on I-75 through central Georgia.

He said there are T-shirts which say "my brakes go screech when I see the Big Peach."

Harley said he hopes there's a way to resurrect the Big Peach.