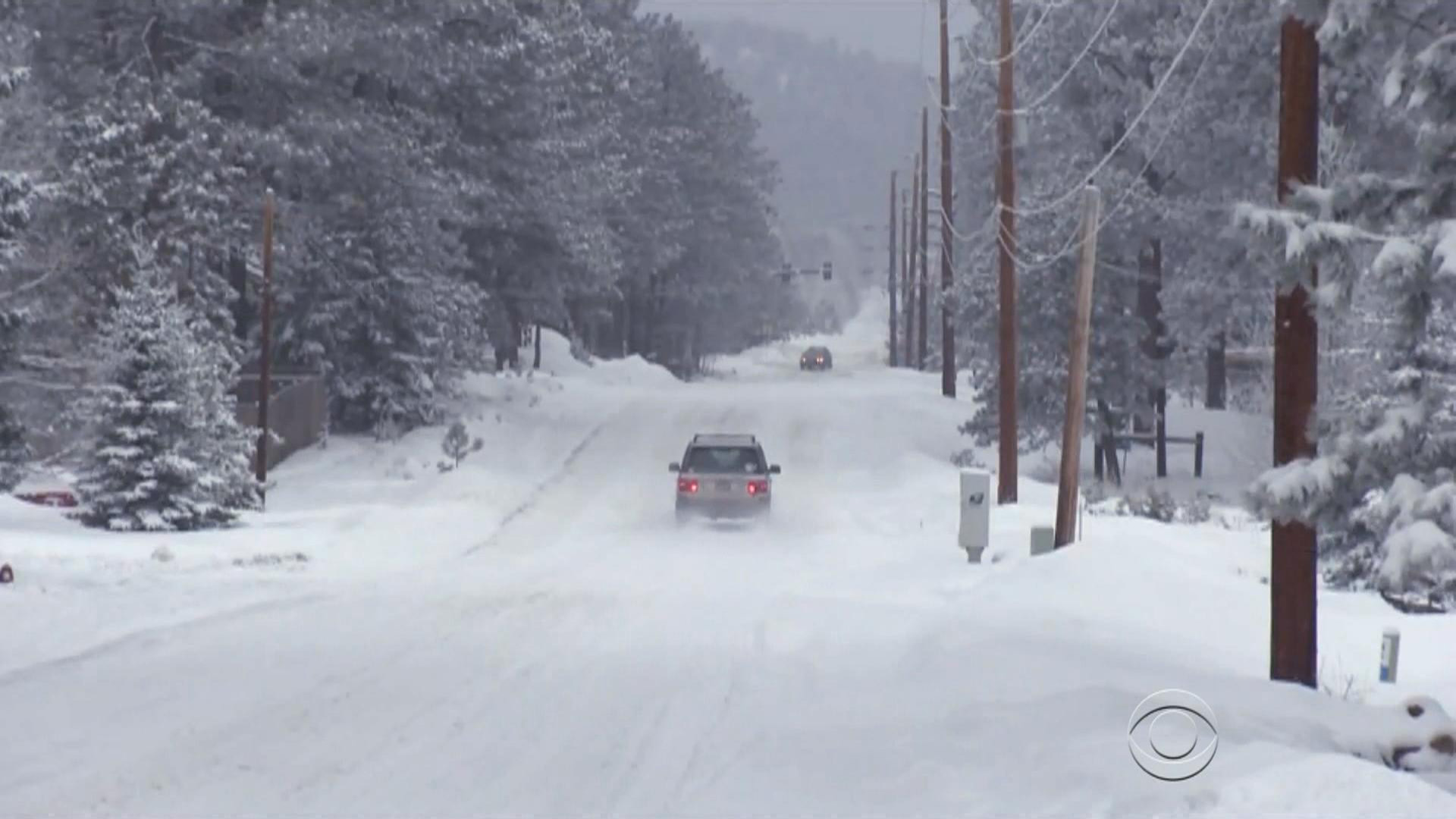 NEWTON COUNTY, Miss. --Politicians made it out of Iowa last night just ahead of a brutal storm system dumping snow, rain and threatening tornadoes across much of the country.

There was a tornado on the ground in Shuqualak, Mississippi this evening, where people were being told to take cover.

A blizzard sweeping Middle America, from Colorado to Wisconsin, dropped nearly a foot of snow in Colorado in just 24 hours. In Kansas, vehicles had to be dug out. Snow plows were struggling and big rigs were stranded.

In all, more than 13 million people are currently under a threat of winter weather while elsewhere today -- from Chicago to New Orleans -- it was unusually warm.

That warmth, combined with strong winds, will cause severe thunderstorms and threatens tornadoes for nearly 9 million people, from the Gulf Coast to Illinois. Nashville set a record, with temperatures reaching 75 degrees.

But in Lincoln, Nebraska, the snow cut power to at least 1,600 customers.

"It's a moment where you kind of go back to where people didn't have power and you have to learn how to adapt," said resident Lee Hetrick.