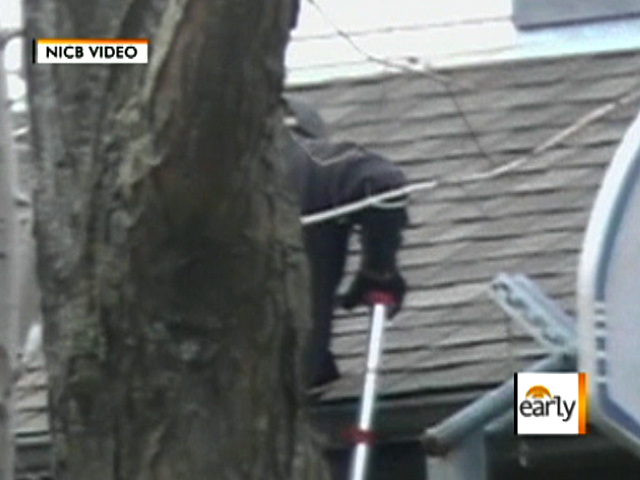 To most of us, weather disasters are unhappy events to be avoided. But for con artists, they're a chance to make a buck.

Take so-called "storm chasers" - no - not people who pursue tornadoes, trying to capture them on video.

2011 has been a record year for billion-dollar weather disasters. We've had a dozen so far. And that's created plenty of chances for the crooks who follow after storms to try to exploit unsuspecting consumers.

When a monster hail storm hit the northeast in 2009, workers for a company called Precision Builders saw opportunity in the aftermath. They went door-to-door offering free inspections for hail damage, and offering $500 to Mount Laurel, N.J. homeowners like Jeff and Tonia Williams if they would display the company's signs on their lawns, as advertisements.

The Williams hadn't noticed any hail damage, but figured why not get a free inspection?

Before long, it seemed Precision had convinced half the neighbors they had hail damage.

You couldn't, says Tonia Williams, go through an area that "didn't have a Precision sign on at least every other lawn.

Now, Precision and two of its workers have been charged with insurance fraud. The New Jersey Attorney General says they actually inflicted the supposed hail damage themselves to collect insurance money. They've pleaded not guilty.

Undercover video shot by insurance investigators in Illinois show a contractor who isn't inspecting the house -- he's allegedly denting the roof to make it look like hail damage. He worked hard at it.

Outside Chicago, a contractor was arrested after CBS station WBBM spotted him appearing to use his thumb to fake hail damage in siding. He's awaiting a court date.

Back in New Jersey, the Williams got suspicious when Precision's repair estimates exactly matched insurance payments.

At what point did the Williamses start to suspect a scam?

She and Pennsylvania authorities allege Precision workers fabricated damage on more than 100 homes for millions of dollars in insurance fraud.

CBS News tried to talk to Precision's president, but he didn't answer at his house and his attorneys didn't return our calls.

The Williams say they learned a valuable lesson in the calm after the storm: When someone comes knocking, make sure they're planning to fix a problem, not start one.