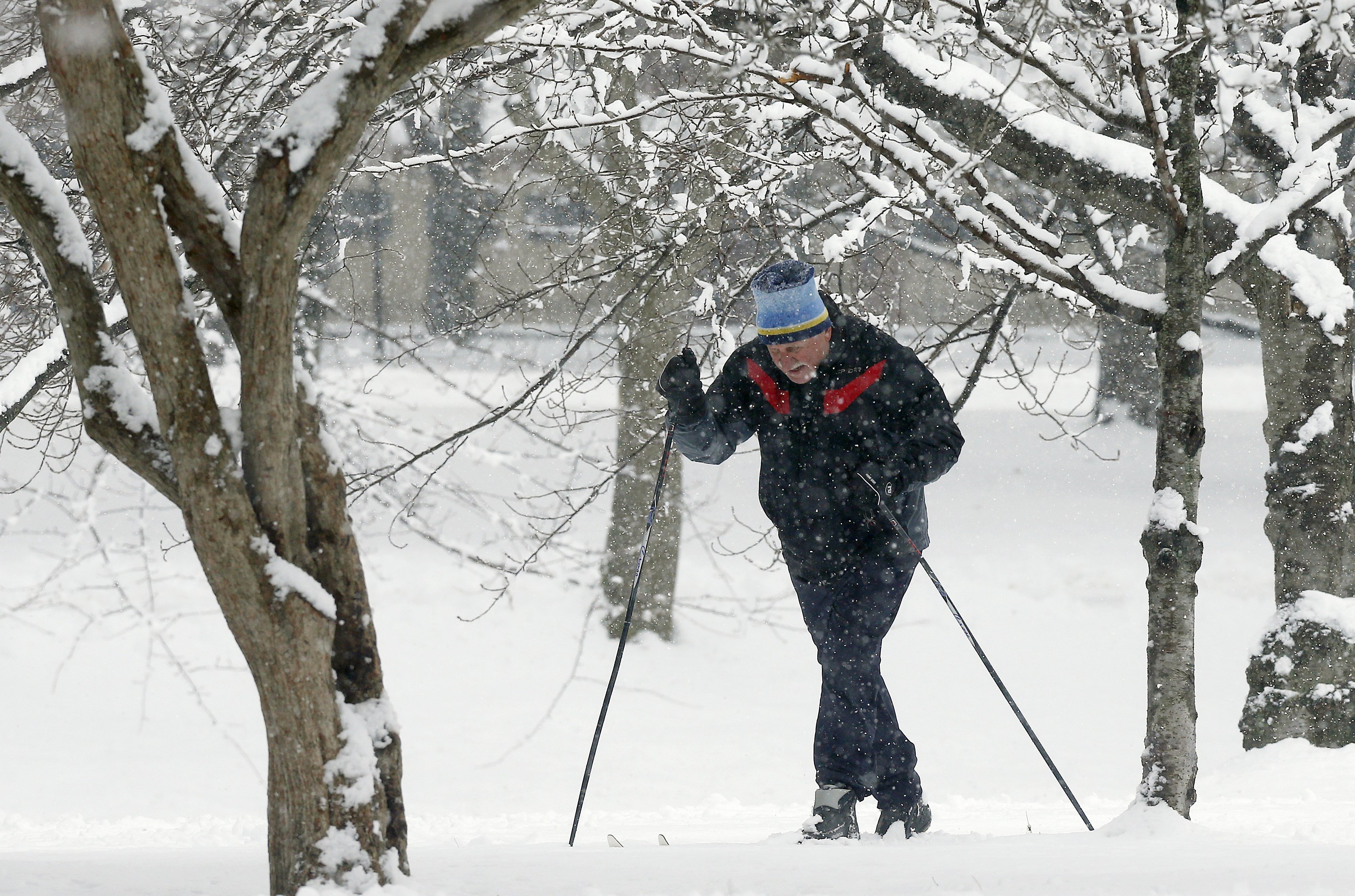 HARTFORD, Conn. -- Residents of several major Northeast cities are experiencing a fast-moving coastal storm that is bringing a mix of sleet, rain and snow to areas along the busy Interstate 95 corridor this weekend.

The snow that began falling in southeastern Pennsylvania and West Virginia late Friday had become rain and sleet in some areas by early Saturday, and the National Weather Service said Washington, D.C., Delaware and most of Maryland had rain. But conditions in some locations were expected to worsen as the day progressed.

Meteorologist Ed Curran of CBS Chicago station WBBM-TV reports a second storm system was forecast to come into the Great Lakes region Sunday, dumping more snow in Chicago before making its way to the East Coast by Monday morning.

As for Saturday's storm, Southern New England could get walloped with the largest amount of snowfall, but temperatures hovering near freezing could make for slippery driving conditions across the region, forecasters warned.

"It's kind of the first one, so it's a good thing it's happening this weekend," weather service meteorologist Bill Simpson in Taunton, Massachusetts, said Friday of the storm. "If this happened during a weekday, it could be really slow and messy."

The Maryland State Highway Administration warned motorists that travel may become hazardous. The agency said it would have salt, snowplows and chain saws at the ready in case of fallen trees.

In New York City, the snow turned to a light rain by Saturday morning. Central Park got about two inches of snow. Staten Island and parts of Long Island saw about five inches while up to seven inches fell in northern suburbs.

Northern New Jersey was expecting between four to eight inches of snow, while central and southern Jersey were expected to get one to four inches.

Six to eight inches of snow was expected in central and northeastern Massachusetts, northern Connecticut and northwest Rhode Island by the time the storm winds down Saturday evening. The National Weather Service has winter storm warnings in effect there until 7 p.m.

"We ask that each and every single Boston resident look after their neighbor, be it someone you see outdoors or someone living next door," he said.

Connecticut has plenty of salt and snow-treatment chemicals stockpiled around the state and a fleet of 632 plow trucks ready to go, Department of Transportation spokesman Kevin Nursick said. He said crews have been pre-treating some highways and bridges, but there already is some salt leftover from recent, smaller storms.

She says inland regions will see far less, if any, snow. To the west, Vermont also will be spared.