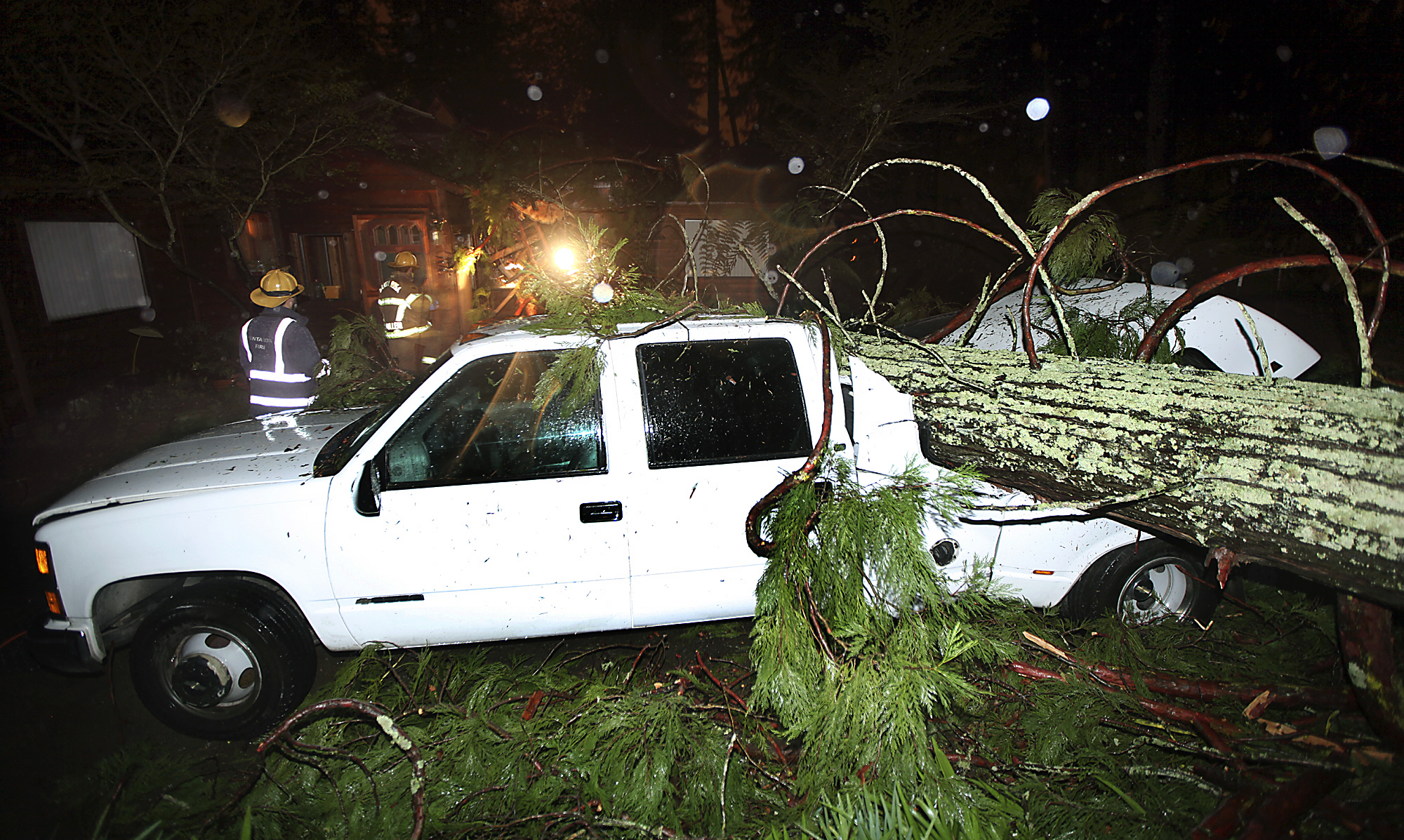 LOS ANGELES - Spring came roaring into Southern California, bringing a storm more severe than the region saw for most of the winter.

Snow, ice and rockslides forced the shutdown of major highways, while concerns about flooding and mudslides forced dozens of evacuations.

Interstate 5 north of Los Angeles was shut down as wintry conditions through the mountains made passes too dangerous, CHP spokeswoman Krystal Carter said. The closure temporarily left drivers without the main route from Los Angeles to northern and central California.

"Usually later in the year they kind of taper off," he said. "Old Man Winter, I guess, wanted to take one more bite out of us before leaving."

By early Monday, the nasty weather was moving out of the region and flood advisories were canceled for Los Angeles County, but the weather service warned that debris flows and flash flooding in some areas were still possible.

The storm hit first and hardest in Santa Barbara County, where more than 10 inches of rain fell in the Lake Cachuma area, forcing the release of water from Bradbury Dam, county spokesman David Flamm said.

The release was helping the lake level off, but heavy flow in the Santa Maria River brought the precautionary evacuation of 24 people in Guadalupe, Flamm said. They all returned home early Monday.

Ventura firefighters moved out 51 people from homeless encampments along the rising Ventura River, fire officials told KCAL-TV, and rain on a flooded street in Oxnard stranded several cars and swept away another, the National Weather Service said.

Strong wind downed trees that damaged homes and broke windows in the valley, downtown Los Angeles and throughout the region.

The rains, winds and downed trees combined to cripple power lines, cutting electricity to about 90,000 customers, officials with the utilities said. It wasn't immediately clear when power would be restored.

City News Service reported Monday that rain and debris caused the roof of a Big Lots story in Granada Hills to collapse but no one was injured.

Thousands of runners in the Los Angeles Marathon faced pouring rain and lightning strikes, one of which illuminated the downtown skyline just as the race started. It didn't seem to bother them, as Markos Geneti finished first among men with a record time of 2 hours, 6 minutes, 35 seconds.

Los Angeles County Fire Department paramedics had treated about 100 runners — most for hypothermia — by mid-afternoon, Igawa said. Sixty people were taken to hospitals, including one who suffered a broken arm.

Flood warnings also were issued for Los Angeles-area hillside communities burned by wildfires in recent years. But in the foothill community of La Canada Flintridge, where more than 40 homes were destroyed by a mudslide last year, resident Lien Yang said the streets were clear of mud and debris.

"I think we'll be OK this year," he said. "This looks like it's the last significant storm of the year."