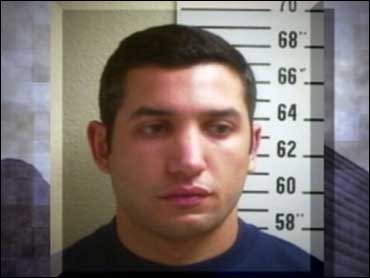 The United States projects a record 4,000 immigrants from so-called "high risk" countries in the Middle East and Asia, will be arrested trying to enter the country illegally this year.

Far more will get through. Add to that Mexico's recent seizures of high powered weapons, including rocket launchers found in Tijuana, and U.S. officials fear a troubling new threat on our porous southern border, reports CBS News correspondent Bill Whitaker.

"If it's so simple for an uneducated, impoverished laborer to come across the border, think about how much easier it is for a highly trained, well financed terrorist," warns T.J. Bonner, president of the Border Patrol union.

From Tijuana to Texas, the entry routes are well established and well known around the world.

And nothing seems to work. The U.S. government has put up lights and cameras,

but still the immigrants come (video)
.

Flooding across even where you'd least expect. Surveillance video from U.S. Army Ft. Huachuca on the Arizona-Mexico border. Thousands cross here, right under the nose of the military, even during target practice.

Wouldn't a terrorist know this is a porous border?

"Terrorists will use any means to get here. They are using alien smuggler and document forgers to help move people through Iran and Pakistan and it would only make common sense they would use it again to get in the United States,"

U.S. border officials are quick to point out there is no credible evidence of terrorists actually slipping across, but there are red flags. One Lebanese native living in Tijuana, convicted of smuggling 200 Lebanese into the United States, some with known ties to Hezbollah, which the United States considers a terror group.

On a visit to the Arizona border, Colorado congressman Tom Tancredo got a firsthand look at smuggling routes.

"We've found copies of the Koran, we have found prayer rugs, we have found a lot of stuff written in Arabic, so it's not just people from Mexico coming across that border," Tancredo, a Republican, explains.

And after shutting down more than 30 drug tunnels under the Mexican border, authorities recently discovered the first ever under the Canadian border.

Bonner concludes, "I mean, I don't want people to stay up at night and not sleep, but I want them to wake up to the fact that our borders are wide open."