If you thought slavery is a thing of the past — think again. An estimated 40 million people around the world are thought to be caught up in modern slavery. To put that in perspective, it's about the population of Poland. Modern slavery comes in many forms: debt servitude, sexual trafficking, and, in areas where conflict is common, slavery is the same as it ever was.

Two women are using their profile to try to draw attention to modern slavery. Princess Eugenie, daughter of Prince Andrew and Duchess of York Sarah Ferguson, and one of her longest-standing friends, Julia de Boinville, have travelled the world to understand modern slavery, returning to find it alive and well in the United Kingdom.

"Slavery today is not, it's not like it was in the 1800s," said de Boinville. "Slaves walk amongst us. It's not shackles and chains. ... They're normal people walking on the streets."

In a recent report, the National Crime Agency in the United Kingdom said that more than 5,000 potential victims of modern slavery and trafficking were referred to UK authorities in 2017, many of them children.

The pair are the founders of the Anti-Slavery Collective, which aims to educate young people about their purchasing options and how their decisions can make an impact.

"Essentially [slavery is] organized crime, says de Boinville. "It's run by rings and gangs all over the world and it's incredibly profitable. It's a business."

Ending slavery by 2030 is part of the UN's Sustainable Development Goals, and the pair believe that if they can get enough companies to join their cause, they can make a dent.

"We'd love to have lots of businesses involved," said Princess Eugenie, adding that in terms of how they can make a difference, "supply chains is a really obvious one."

"We're seeing a lot of forced labor in cleaning companies at the moment," said de Boinville,  "So for example, a big hotel chain might outsource the cleaning function to a third party without maybe checking the viability or permits that their workers have." 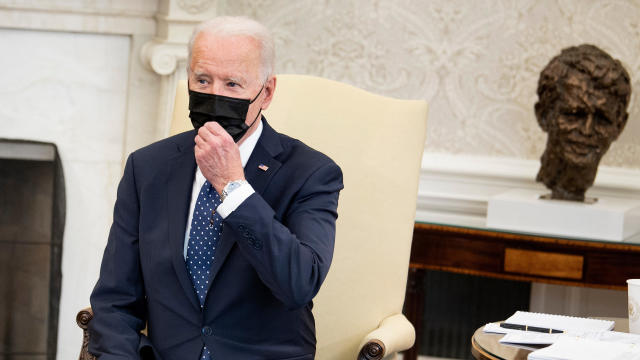 The president said that he is "praying the verdict is the right verdict, which is — I think it's overwhelming, in my view."