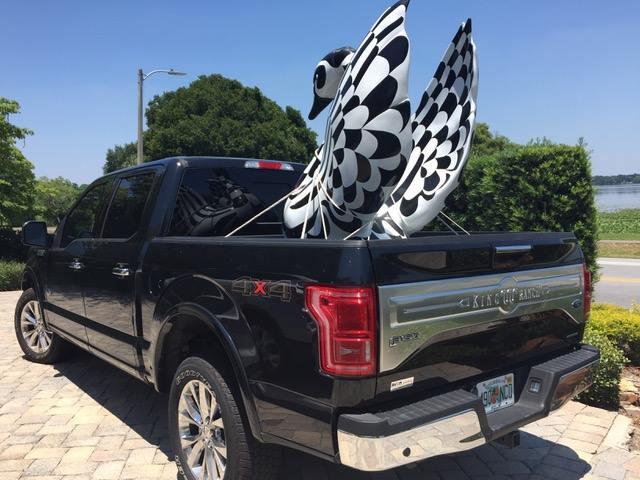 LAKELAND, Fla. -- A large, black-and-white checkered statue of a swan that was stolen in Florida by a naked man has been found.

The Polk County Sheriff's office says the statue was located by a 32-year-old man who was fishing on a pond in Lakeland.

The man returned home from fishing Thursday and told his family about the statue. When they saw the news of the stolen statue on TV Friday, they called authorities.

Authorities say the swan doesn't appear to be damaged.

Surveillance video showed a naked man -- who was later identified as 47-year-old Ronald Thompson -- driving away from Lakeland Cold Storage in a stolen truck with the swan, named "Aspyre," which is worth $25,000.

Investigators say they found the stolen truck in a nearby county. But it remained a mystery as to why Thompson was naked while he allegedly broke into the storage facility.

CBS Detroit reports Thompson was arrested Tuesday. He is being held in lieu of $2,000 bail and is being investigated for the swan theft.

Lakeland is located between Orlando and Tampa.