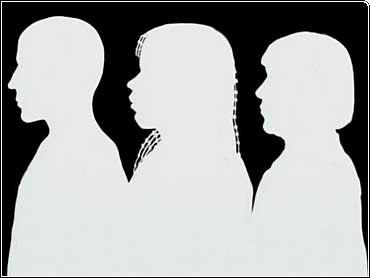 Jennifer Caughman, a college administrator from Ontario, Calif., doesn't take any chances with her privacy. About two years ago, a complete stranger bought her Social Security number on a street corner in Los Angeles and used it to set up charge accounts in Caughman's name all over L.A., ringing up nearly $10,000 in merchandise.

She was the victim of what experts are calling the crime of the new millennium: Identity theft.

"There were two people out there who were me," she says, "And I didn't know what she was going to do next."

In this case, the thief eventually was caught, reports CBS News Correspondent Bernard Goldberg. But even though Caughman didn't have to pay for the merchandise, she's still paying for what happened in less tangible ways. She shreds her mail and, to this day, she has no idea how her personal information ever got into the marketplace. So, she's nervous, waiting for the other shoe to drop.

"It's like having cancer. You can remove it, it can go into remission, but you never know when it might come back," she says.

Because criminals find identity theft easy and lucrative, there are estimates that half a million Americans will become victims next year alone. James Fishman, an attorney who represents victims of identity theft, tells Early Show Anchor Bryant Gumbel that identity theft is happening at all levels.

"It's organized, it's unorganized. It's individuals, it's groups," he explains. "It's become clearly the crime of the '90s."

A tell-tale sign that you are a victim of identity theft is if you start getting calls about bills you've never heard of, but many people don't know they are victims until well after it has happened.

Fishman also feels it is too soon to know for sure if it is safe to give out your credit card number over the Internet.