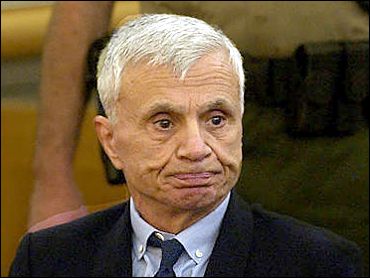 Authorities say a laptop computer that was stolen from the home of Robert Blake's attorney and contained information about the former "Baretta" star's murder case has been found: at a pawn shop.

Police investigating the theft say two men have been arrested on suspicion of burglary and are to be arraigned Wednesday.

Police said the two suspects, ages 18 and 19, have no known connection to the murder trial but the investigation is continuing. Police say the duo pawned the computer and other items for about $100 within hours of the theft.

Two weeks ago, the judge in the case delayed opening statements until Dec. 20 at defense attorney M. Gerald Schwartzbach's request because of the Dec. 1 theft.

An attorney appointed by the court to oversee the police investigation of the break-in said the computer has not been tampered with and there has been no violation of attorney-client privacy.

Schwartzbach said he is ready to proceed with the case.

Blake, 71, is charged in the 2001 shooting death of his wife, Bonny Lee Bakley, whom he had married months earlier when DNA tests showed he was the father of her baby daughter. He is free on $1.5 million bail.