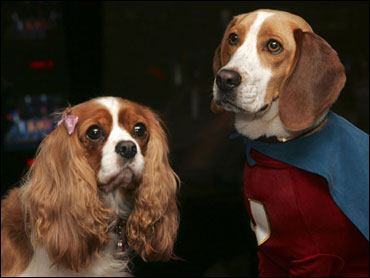 The stock market made a strong comeback from last week's dismal performance. The Dow was up 165 points to 8,847 on Friday, to finish the week with a 5-day advance of 611 points.

The one-week gain didn't change the fact that the market a turned in a dreadful third-quarter performance: The Dow fell 15.7 percent, the Nasdaq a crushing 30.7 percent, and the S&P 500 15 percent.

The major market averages gained ground this week as investors pumped strength into those companies that have been battered in recent weeks.

But analysts warn that investors are still worried about the economy, particularly because of the fallout from the terrorist attacks.

Market internals were positive as winning issues topped losers 25 to seven, with about 1.6 billion shares traded on the New York Stock Exchange.

Some of the day's economic news provided encouragement to investors. The second-quarter GDP showed a growth rate of 0.3 percent from the previously reported 0.2 percent, and outpaced expectations for a downward revision to 0.1 percent.

And the Chicago Purchasing Managers Index came in stronger-than-expected at 46.6 in September, up from August's 43.5, the highest level in 11 months and well above expectations for a reading of 40.5. In addition, the new orders, production and employment indexes all rose.

The Michigan consumer sentiment index dropped to 81.8 in September from August's 91.5, but came in higher than the expected 78.6 percent. The lion's share of the drop had already been registered before the terrorist attacks. Both the current and expectations indexes dropped from August's levels.

© MMI, CBS Worldwide Inc. All Rights Reserved. This material may not be published, broadcast, rewritten, or redistributed. CBS MarketWatch, Reuters and the Associated Press contributed to this report