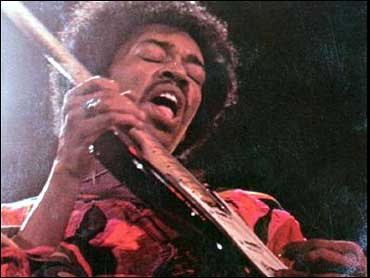 Relatives of the late guitar legend Jimi Hendrix returned to court Monday to begin another legal battle over which family members should receive money from the musician's posthumous releases, royalties and merchandise.

The case, the latest of several that have entangled the Hendrix estate in the last decade, concerns the last will of Jimi's father, Al Hendrix, who inherited the rights to Jimi's music when the rock star died in 1970 at the age of 28.

Jimi's brother, Leon, says he was unfairly written out of the will at the behest of his stepsister, Janie Hendrix, who runs the company in charge of the estate, Experience Hendrix LLC, with Jimi's cousin, Robert Hendrix.

"This is about greed," Leon's lawyer, Robert Curran, told King County Superior Court Judge Jeffrey Ramsdell during his opening statement. "Janie has lived a very, very good life. She travels the world first-class. Her family goes with her. They get picked up in limos. They stay in first-class hotels."

Meanwhile, other relatives who, under Al Hendrix's will, were supposed to receive money from posthumous releases, royalties and merchandising struggle to make ends meet while working as store clerks or other low-paying jobs, he said.

Leon Hendrix, 56, is suing to have Janie ousted as the company's boss and to have his father's will revised to include him. Al Hendrix died in 2002 at age 82.

Janie Hendrix rolled her eyes and shot dismissive glances as lawyers for Leon Hendrix and other family members recited a litany of allegedly excessive spending.

Her lawyer, John Wilson, told the judge that some of the money has been repaid, and a special audit will determine how much more should be repaid.

But Wilson stressed that what is at issue is Al Hendrix's will, and that he did not want Leon Hendrix or his children to have any involvement with the company or receive any money from it.

A 1996 version of Al Hendrix's will would have directed 24 percent of the estate to Leon Hendrix, 38 percent to his stepsister and the balance to other beneficiaries. But it was rewritten in 1997 to exclude Leon.

Wilson insisted that Al Hendrix decided on his own to write Leon Hendrix out of the will, but Leon's lawyer said the father was infirm in his old age and could not comprehend even simple legal issues.

Jimi Hendrix had released just three albums before he died at age 27, but he had an extensive catalog of unreleased tracks. For about two decades after his death, his estate was run by a California attorney who sold many of the copyrights to other companies.

At the urging of Janie Hendrix, Al Hendrix sued the lawyer in the early 1990s to regain the rights he had sold. That case was settled but left the company in debt.

According to Janie Hendrix, her father did not want money paid to the beneficiaries listed in his will until the debt was paid off. That is expected to happen in 2010.