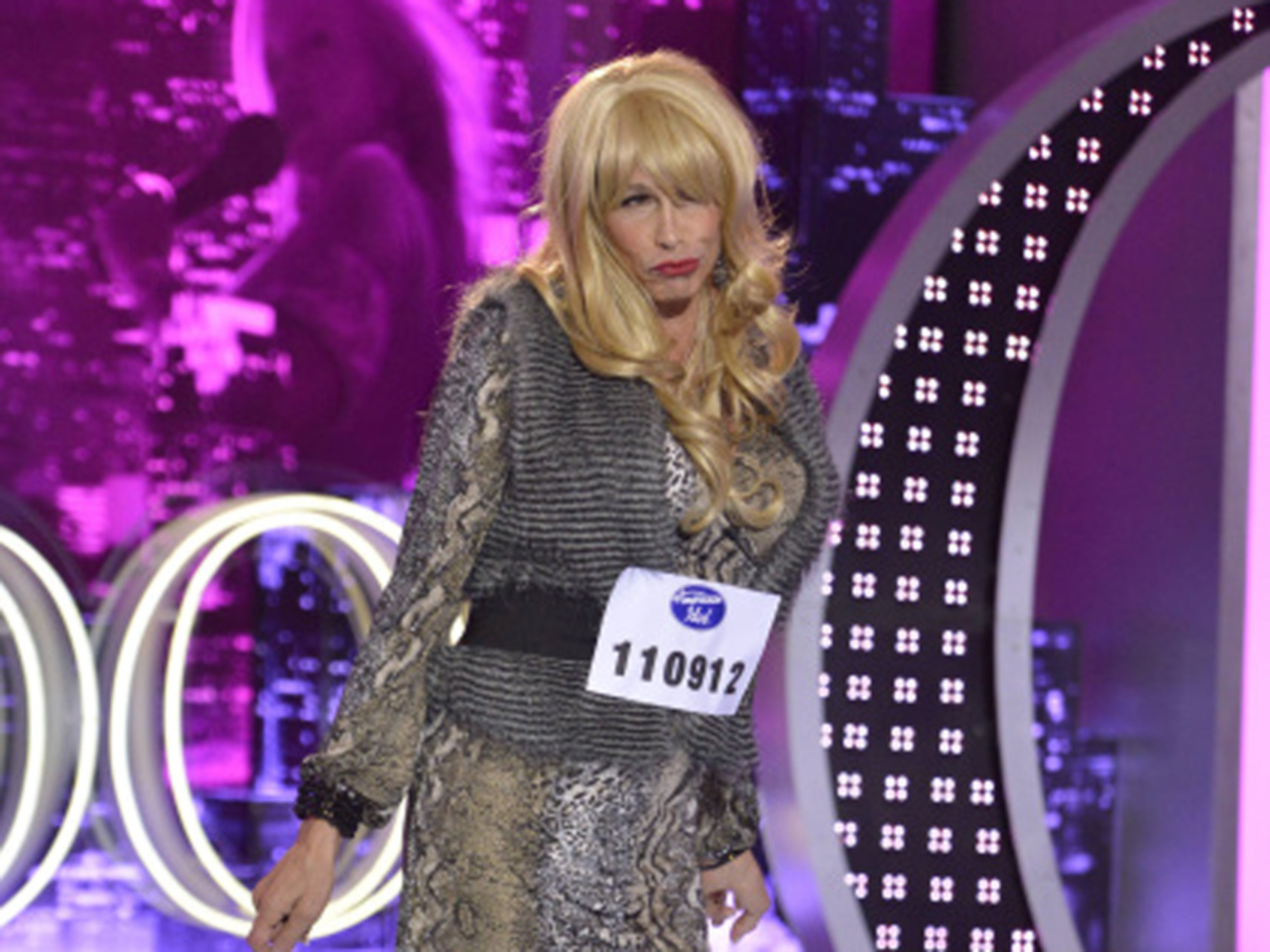 Dude really does look like a lady. Well, sort of. Steven Tyler made a surprise return to "American Idol" Thursday night dressed in drag, complete with a blonde wig, red lipstick and heels.

During auditioning rounds in Oklahoma City, the 64-year-old former "Idol" judge surprised Mariah Carey, Nicki Minaj and the rest of the panel by pretending to be a contestant named "Pepper."

They weren't buying it.

"Steven Tyler in the house," judge Randy Jackson said after Tyler introduced himself as Pepper.

Tyler served as a judge on the Fox singing competition series for two seasons, before leaving last year to focus on his rock band, Aerosmith.

Following the tryouts, 45 contestants from Oklahoma City were sent to Hollywood for the next round of auditions.

Check out the video of Tyler's audition below: