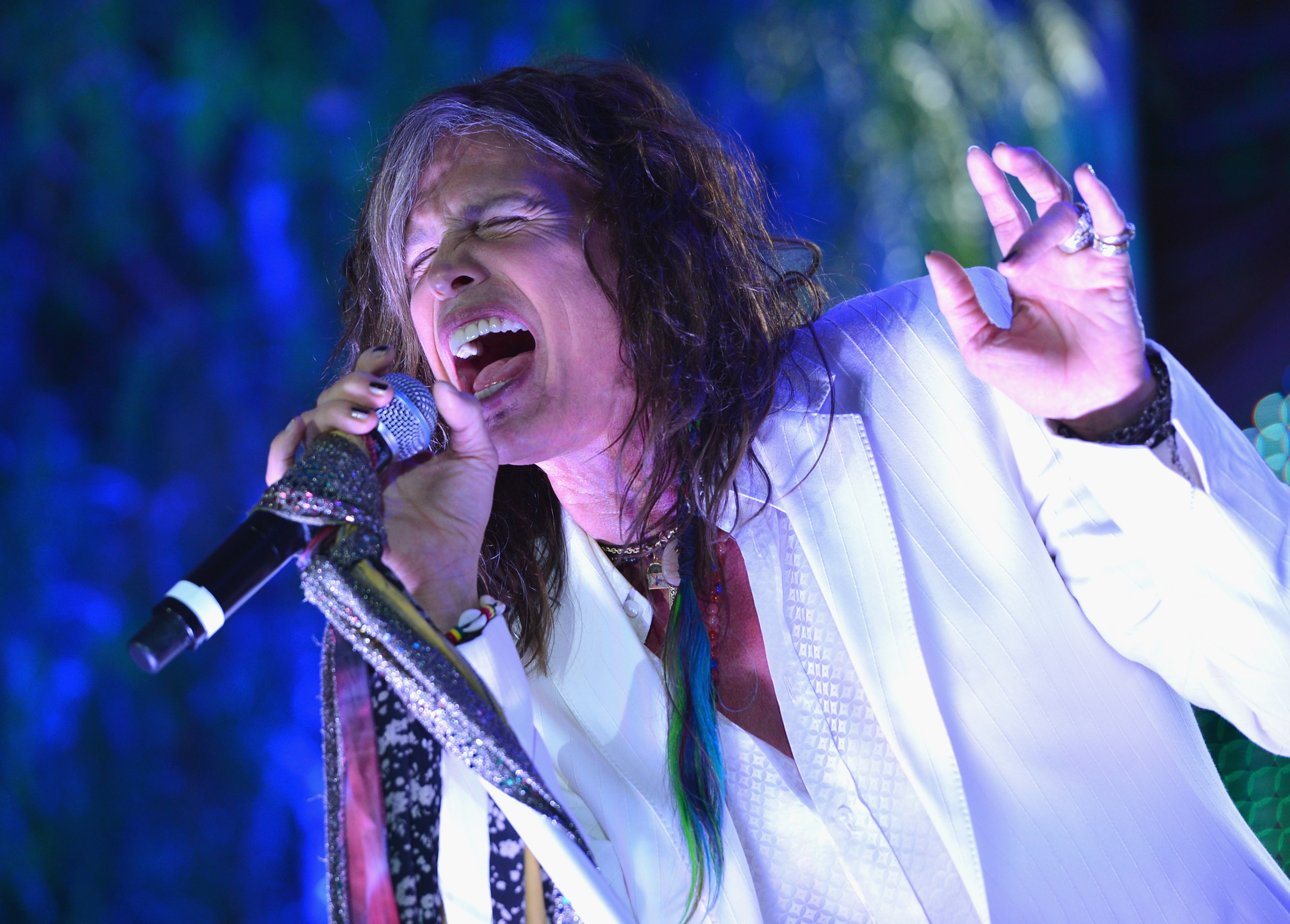 "I get nervous and I can't remember my name," Tyler admitted to ET. "I gotta have teleprompters out for 'Dream On' when girls are lifting up their shirts at a rock concert."

Tyler's daughter Liv, however, has no problems learning lines when she's preparing for roles like HBO's "The Leftovers" or the 1998 action flick "Armageddon."

In Nashville's season four premiere, Tyler performs a duet with Hayden Panettiere, who couldn't have been more excited to sing alongside the rock legend.

"Nashville's" season three finale ended with Deacon (Charles Esten) flat-lining in a hospital bed and Juliette (Panettiere) spiraling out of control while suffering from post-partum depression.

The show's return will deal with the aftermath of Deacon and Beverly's (Dana Wheeler-Nicholson) liver transplant surgery and finds Juliette's career on an upswing with her role as Patsy Cline in a new biopic.

Tyler is currently working on a solo country album.

Watch the video for more.