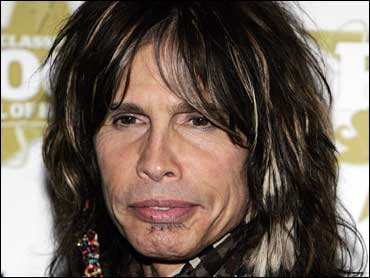 Steven Tyler has entered a rehabilitation facility to treat an addiction to painkillers the Aerosmith frontman has taken to cope with 10 years of performance injuries.

Tyler said he's eager to return to work with his band mates.

"I love Aerosmith; I love performing as the lead singer in Aerosmith. I am grateful for all of the support and love I am receiving and am committed to getting things taken care of," the 61-year-old rocker said in a statement released Tuesday.

The band canceled a summer tour in August after Tyler fell off the stage during a performance in South Dakota and broke his left shoulder.

Dr. Brian McKeon, who is treating Tyler, said in a statement that orthopedic injuries over the past decade have left the singer with severe chronic pain that will require surgeries on his knees and feet.

Tyler checked into rehab last year to recover from several foot surgeries and physical therapy. Tyler said the procedures were to correct longtime foot injuries resulting from his physical performances with Aerosmith.

The singer for the blues-rock band was known for heavy drug and alcohol abuse in the 1970s and early 1980s, but completed rehabilitation in 1986, after which Aerosmith enjoyed a successful revival.