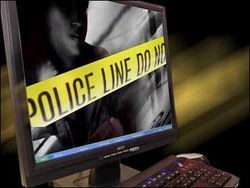 (CBS/AP) DETROIT - You may have to read the next paragraph more than once.

A Michigan man posed as a psychologist and persuaded mothers across the country to sexually assault their children as a form of therapy, then send him the images of the attacks, authorities said Monday.

Since authorities arrested 41-year-old Steven Demink in October, seven children were rescued and at least three mothers have also been arrested.

Prosecutors say Demink pleaded guilty in federal court on six charges related to the sexual exploitation of children. Seven charges were dropped as part of a plea agreement. He faces 15 years to life in prison when he is sentenced in June.

Court documents paint a picture of a man who targeted single mothers, and in some cases, promised a date if they followed through with his directions. Demink would identify himself as Dalton St. Clair, a single father of a 14-year-old girl, prosecutors said, and posted pictures of male models as his headshot.

He connected with mothers in New Hampshire, Idaho, Florida, and elsewhere from April 2009 until September 2010, authorities say, and coerced and enticed them to engage in sexual acts with their children and send images via e-mail or through a live web stream. The children ranged in age from 3 to 15, according to court documents.

According to the plea agreement, Demink engaged in online chats with an Oregon woman about the sexual development of her eight-year-old autistic son. He told her to engage in sexually explicit conduct with her son as a way to teach him about sex, and she did so while Demink watched on a web camera, prosecutors say.

"Demink intimated to these women that the result of the therapy would be healthier children," the document said.

The arrested mothers include Rebecca Nail, who lived in New Hampshire when prosecutors say the crimes occurred. She pleaded guilty in December to producing child pornography, which carries a possible sentence of 15 to 30 years in prison, and is scheduled to be sentenced March 21 in U.S. District Court in Norfolk, Va.

Candice Miller of Lee County, Fla., has pleaded not guilty to five counts and was being held without bond in Florida and faces a May 2 trial in federal court in Fort Myers, federal defender Martin DerOvanesian said. She also faces state charges connected to the case, he said.

Prosecutors say Demink is also linked to four other mothers in Indiana, Georgia, Illinois and Oregon but has not been charged with crimes related to those communications. Assistant U.S. Attorney Kevin Mulcahy said those cases are not part of the indictment but can be considered during sentencing.