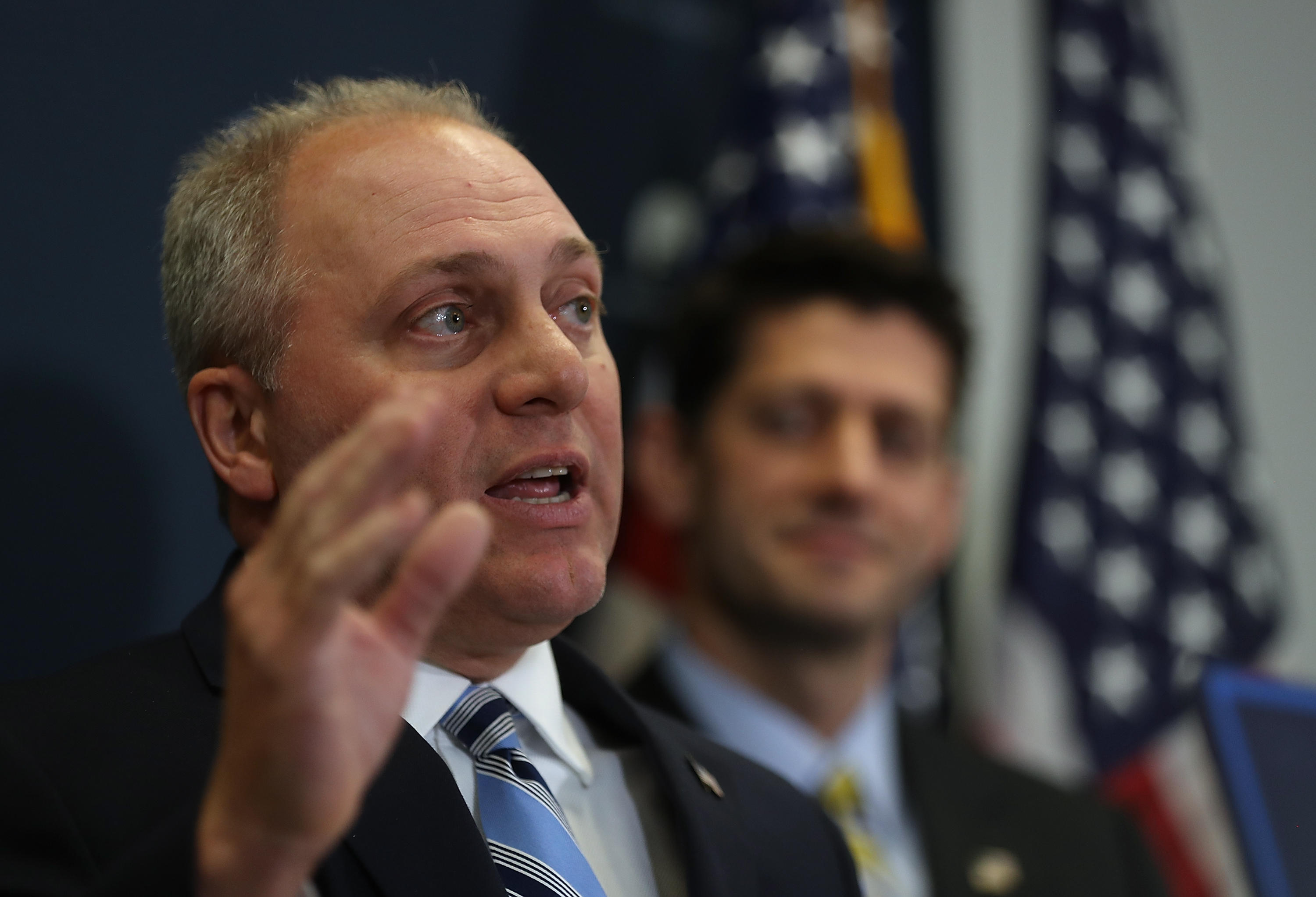 House Majority Whip Steve Scalise is no longer in the intensive care unit at MedStar Washington Hospital Center, a source familiar with his status confirmed to CBS News.

There is no update, however, from the hospital, which said on Wednesday that it had upgraded Scalise, a Louisiana Republican, to fair condition, a week after the congressional baseball practice shooting that left him and four others wounded.

"Congressman Steve Scalise continues to make good progress. He is now listed in fair condition and is beginning an extended period of healing and rehabilitation," the hospital said in a statement Wednesday.

Last week, Dr. Jack Sava, director of trauma at the medical center, said that Scalise was at "imminent risk of death" when he arrived last Wednesday.

"When he arrived, he was in critical condition with an imminent risk of death," Sava said at a briefing on the congressman's condition. "He will certainly be in the hospital for a considerable period of time, presumably weeks."

Sava, however, added that "an excellent recovery is a good possibility."