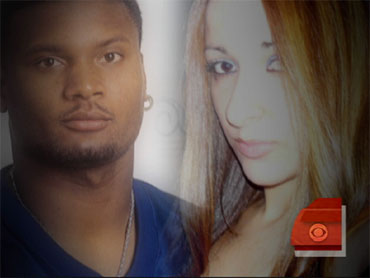 The death of former NFL quarterback Steve McNair shocked people in Nashville and around the country.

His body was found, along with that of his alleged girlfriend, at a home he shared with her.

After four days, police ruled it a murder-suicide, saying a distraught Sahel Kazemi shot the gridiron star, then took her own life.

But, a three-month CBS News investigation has raised doubts about the police conclusion, says Chief Investigative Correspondent Armen Keteyian in the first of a two-part report on "The Early Show."
By all accounts, says Keteyian, it seemed like a classic tale of love-gone-wrong. But, he adds, "We've discovered it's not that simple."

Steve "Air" McNair was one of the best quarterbacks in the National Football League over 13 seasons, mostly with the Tennessee Titans. The strong-armed McNair was considered a game-changing warrior on the field.

On July 4, almost a year-and-a-half into retirement, the 36-year-old married father of four was found brutally killed inside a Nashville condo he rented with a friend.

Seated on a sofa, McNair had been shot four times: twice in the chest, once in each side of his head.

His girlfriend of eight months, 20-year-old waitress Sahel Kazemi, known as "Jenni," was found lying facedown near his feet with a single bullet wound to her right temple. There were no signs of forced entry or struggle, police say.

On July 8, Nashville Police Chief Ronal Serpas told reporters, "We do believe, no questions, that she killed Mr. McNair and then killed herself."

Police announced the ruling after what they called "nearly four days of intensive investigation."

But now those closest to Kazemi -- speaking for the first time -- say they find that ruling impossible to believe.

Azadeh Kazemi, Jenny's sister, told us, "She wasn't angry enough to do something like that. ... She wouldn't have hurt anyone."

"(She was) very positive ... happy and upbeat all the time," former Kazemi boyfriend Keith Norfleet, observed to CBS News.

Police, however, say Kazemi simply lost it in the last week of her life -- stressed out over mounting bills and her relationship with McNair.

In the July 8 news conference, Serpas said, "She had become very distraught ... unraveling ... messed up ... She was spinning out of control."

According to Kazemi's family and friends, McNair had told Kazemi he was separated and, they say, she was about to move in with him.

Polite spoke to Kazemi just hours before her death and says, "She sounded like normal, happy, bubbly Jenni."

But police say that, at 1 a.m. on July 2, Kazemi, with McNair in the car, was arrested for Driving Under the Influence. At 5 p.m. the same day, police say, she bought the murder weapon for $100 from Adrian Gilliam Jr., in a mall parking lot. By 2 a.m. on July 4, police believe, both McNair and Kazemi were dead. Nashville police spokesman Don Aaron says, "The gun was purchased Thursday evening, after the traffic stop, after the DUI arrest."

Ex-Kazemi boyfriend Norfleet, who lived with Kazemi for three years told Keteyian that, as far as he knows, Kazemi has "never" possessed a gun, or had a desire to.

Yet, Keteyian points out, police implied the DUI arrest fueled Kazemi's anger, triggering her purchase of the gun.

In a news release, they said Kazemi brought a "fully loaded 9 mm pistol ... at 5 p.m. on Thursday," after the DUI arrest, when she was "absent from work for about two hours, until 7 p.m."

But, the records obtained by CBS News show that the two-hour absence actually took place the day before, on Wednesday, July 1, "completely contradicting the police timeline, bringing into question if Kazemi ever even bought the gun," Keteyian says.

And never-before-seen surveillance video shows Kazemi at the jail the night of her DUI. She talks to strangers, at one point helps fixing a woman's hair. She never seems angry or unhappy.

As for her money problems -- Kazemi's bank statement, seen on "The Early Show" for the first time, shows she had more than $2,500 dollars the day she died, enough to cover her bills.

"There are a bunch of inconsistencies that would cause me to go back and investigate it further," says licensed private investigator Wayne Black, a former police detective. "Everything has to fit. It has to be consistent and accurate leading up to the shooting, or you may not have a murder-suicide. There may be something else."

On Tuesday, in Part 2 of his report, Keteyian says he'll address "more questions, and mistakes by the police, including a big one about the relationship between Kazemi and the man who says he sold her the murder weapon."