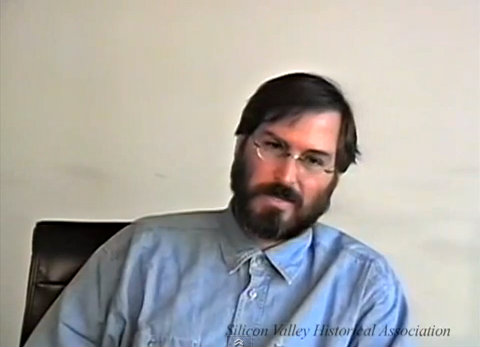 In a recently re-discovered, rarely viewed 1994 interview, former Apple co-founder, chairman, and CEO Steve Jobs asserts his work will be "obsolete" by the time he turns 50 years old.

The interview is part of a series promoted by the Silicon Valley Historic Association, a group that tracks and archives the development of Silicon Valley, where major tech giants like Apple are headquartered. Most recently, the Association released a 60-minute program titled Steve Jobs: Visionary Entrepreneur along with Steve Jobs 1994 Uncut Interview.

In a clip that aired Friday on "CBS This Morning," a dark-haired Jobs appears in his iconic, rimless glasses and likens his groundbreaking work to "building up a mountain and you get to contribute your little layer of sedimentary rock to make the mountain that much higher.

Almost two years after Jobs' death at 56-years-old, Apple is worth hundreds of billions of dollars and remains a driving force behind technological advancement. Still the interview reveals Jobs felt strongly that "no one on the surface" of the mountain he described -- "unless they have x-ray vision, will see [my] sediment."

Author Clint Smith on reckoning with slavery
Thanks for reading CBS NEWS.
Create your free account or log in
for more features.
View CBS News In
CBS News App Open
Chrome Safari Continue
Be the first to know
Get browser notifications for breaking news, live events, and exclusive reporting.