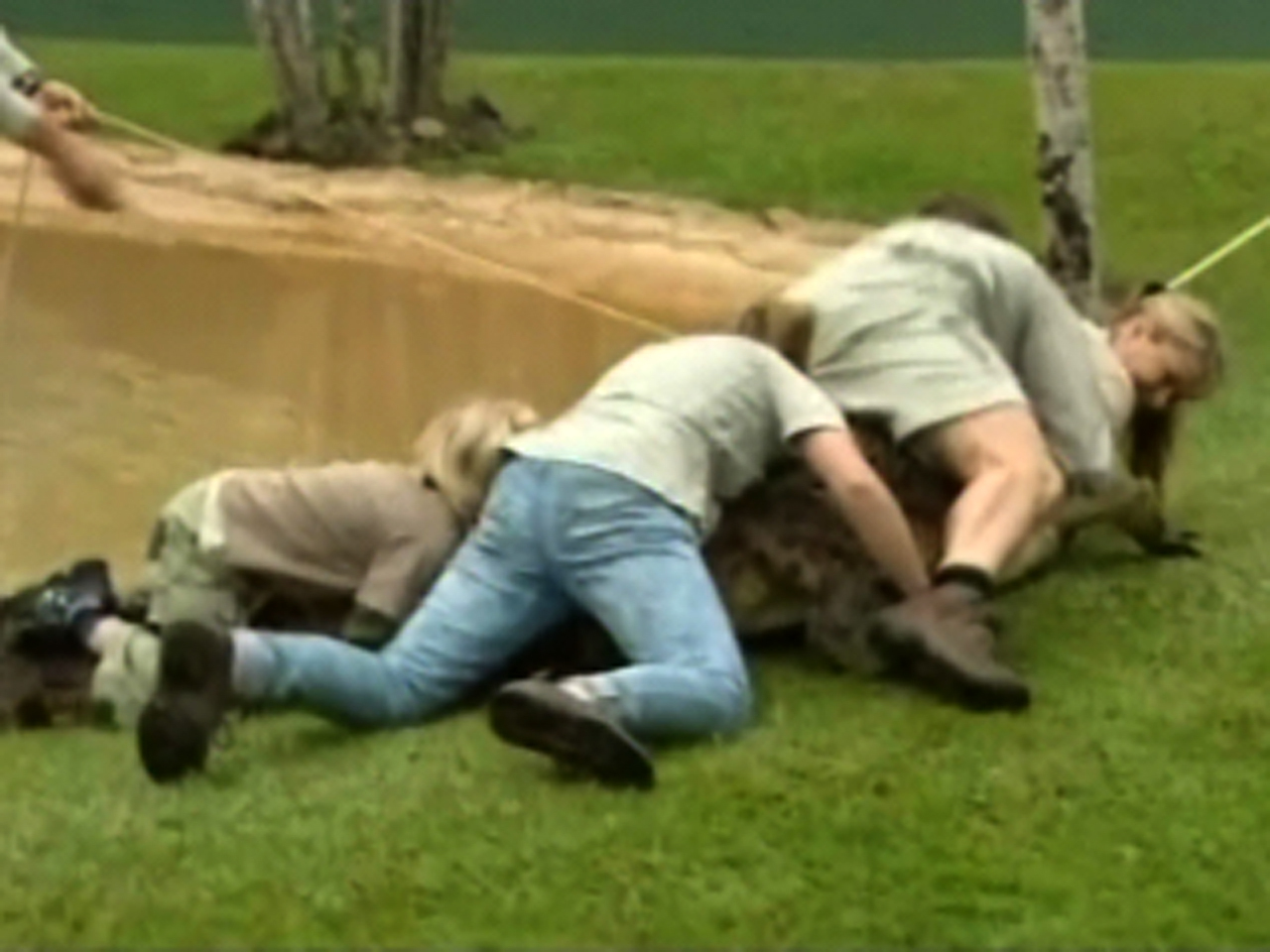 (CBS/Reuters) It's a job for the experienced or the expendable, says the Australia Zoo.

His wife, Terri Irwin, was up for the challenge and brought her two children along to help.

"This is the biggest move that we've had in nine years, and it's the first time we've just had everybody on deck," said Terri Irwin, Australia Zoo owner.

With the help of the zoo's staff, Terri, her 12-year-old daughter Bindi and 7-year-old son Robert, pounced on the crocodile to restrain it.

The zoo's star crocodile, named Agro, weighs 1,323 pounds and is over 15 feet long. He was originally caught in the wild by Steve Irwin in 1988.

Agro is now middle-aged and can't tolerate the cooler temperatures of the Australian winter, so he'll be moved to a warmer pond.

The crocodile relocation was filmed by a television crew for an upcoming TV series in the United States.

Steve Irwin passed away after being stabbed in the heart by a stingray's barb while swimming in the Great Barrier Reef in Sept. 2006.