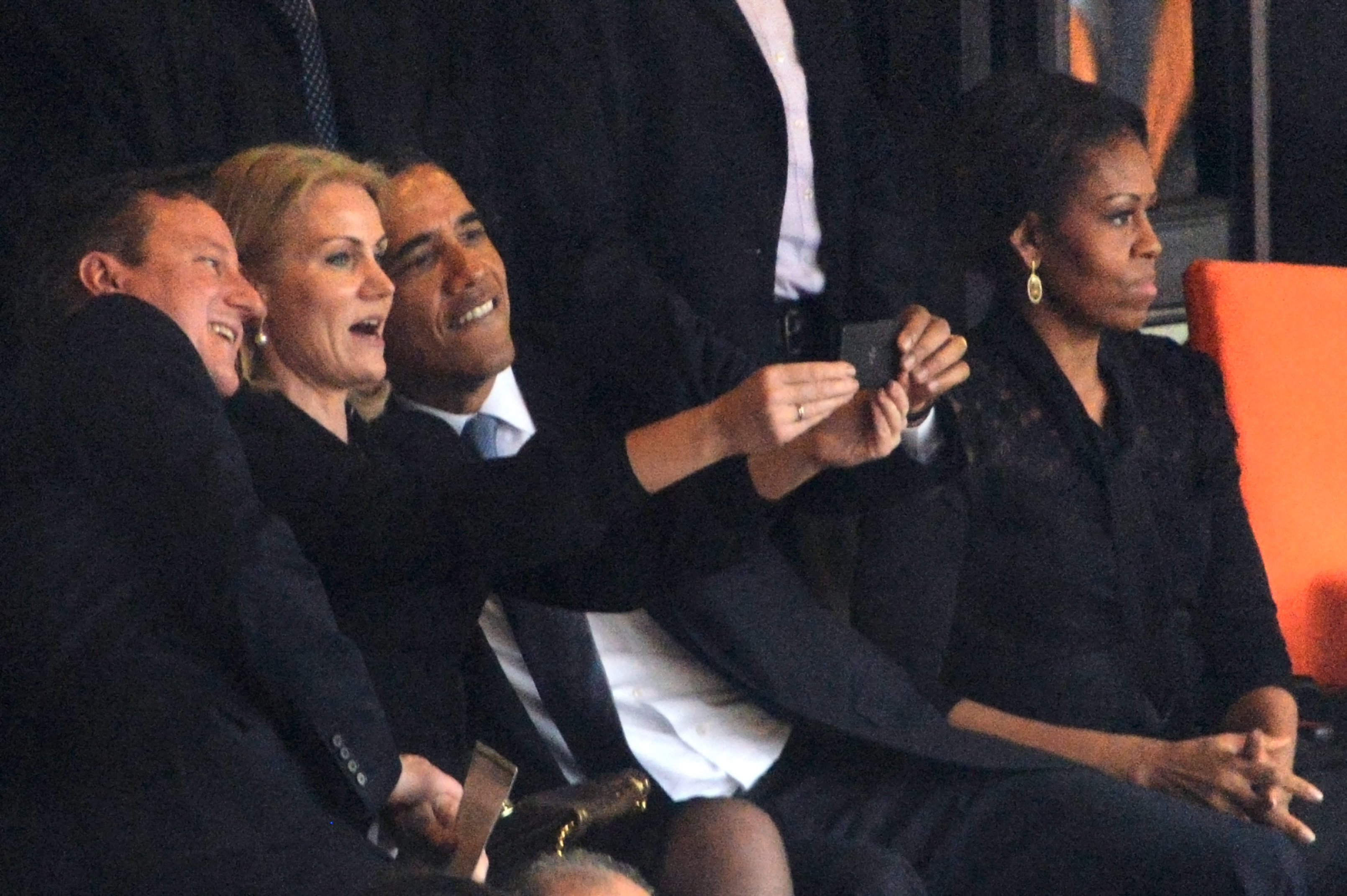 Comedian and actor Steve Harvey scored quite an enviable assignment he when landed an interview with President Obama, set to air December 20 on the Steve Harvey Show. But the veteran TV and film star says he didn’t subject the president to the usual grilling he endures during interviews.

“This interview was different, you know?” Harvey told NBC4 in a segment previewing his discussion with the president. “I think I talked to him the way most people don’t talk to the president.”

“I told him I wanted a man-on-man interview,” Harvey explained. “I don’t care about the politics. It’s not important to me. Look, he’s a great guy. There’s a section of people that don’t agree with anything he does. There’s those of us that get it. Let’s talk about family, and the wives, and Christmas. You know, let’s talk about those girls, we got girls the same age, and how we feel about fatherhood.”

The photo, criticized by some for injecting inappropriate levity into a memorial service, was “perfectly fine,” Harvey said.

In the photo, as her husband hams it up with global leaders, First Lady Michelle Obama displays a more serious face, leading some to joke that she was none-too-pleased with Mr. Obama’s actions. But Harvey said that interpretation seems dubious.

“If you take a 30-second soundbite of anybody at anytime, they can appear crazy,” he said. “A photo of this woman who could have been thinking about Mandela’s life, anything could have happened.

“I have met her,” Harvey added. “I don’t know a sweeter person.”