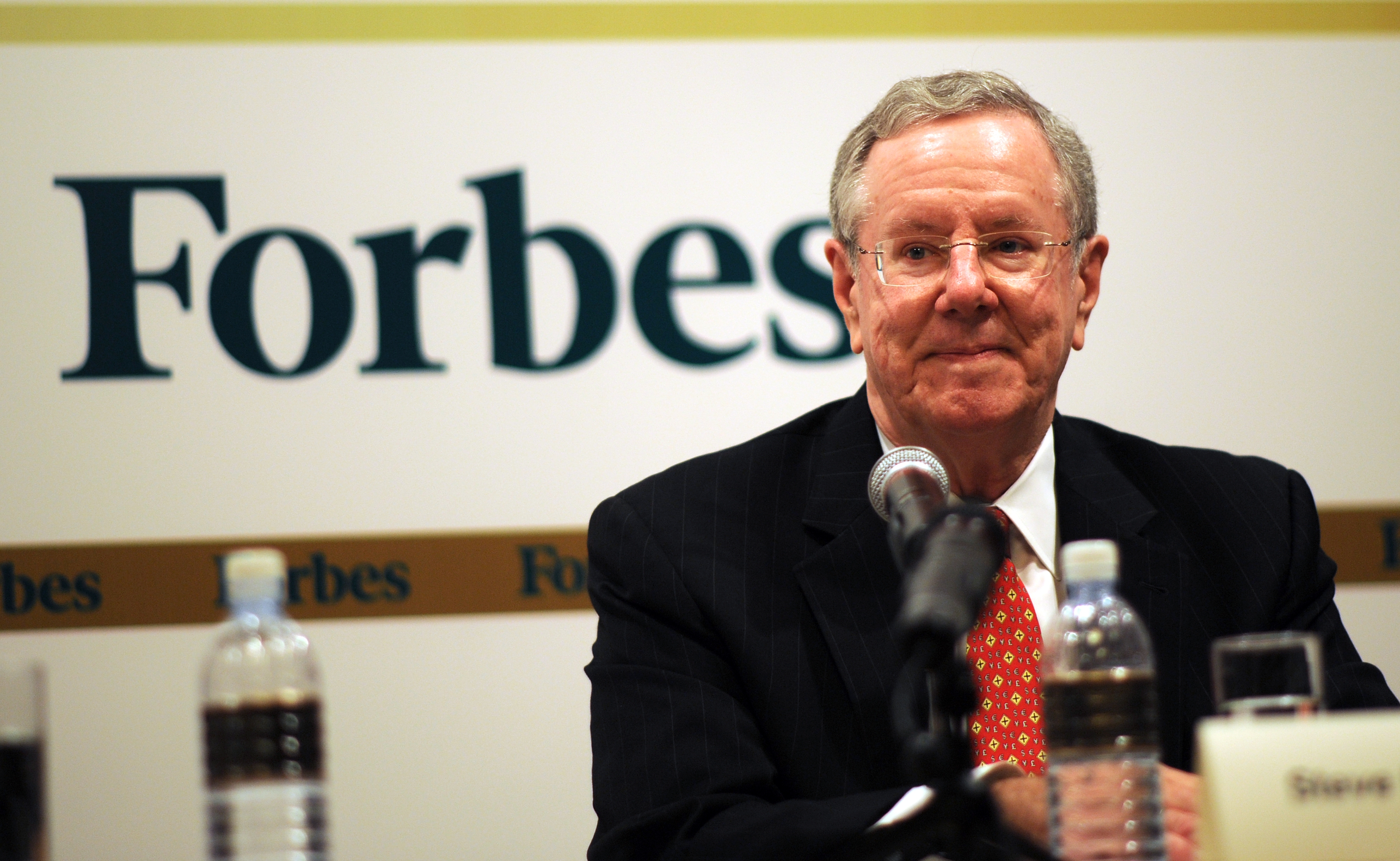 Steve Forbes, a businessman, former Republican presidential candidate and the editor and publisher of Forbes Magazine, is endorsing Rick Perry for president, he announced Sunday.

In an interview with Fox News, Forbes voiced his support for Perry's proposed flat tax plan as a "very exciting" way to get the economy back on track. While the specifics of Perry's plan, which he will unveil in a speech on Tuesday, are unknown, generally a flat tax refers to a singular income tax rate rather than the current progressive rates based on income.

"People love the idea of radical simplicity of this horrific tax code," Forbes said. "It is a dead weight on the economy. I think what Rick Perry's going to unveil on Tuesday's going to be very exciting."

"With firm leadership, which Rick Perry will provide... I think this will be a winning issue," Forbes added, saying that is why he is endorsing Perry. "People want it - they hunger for it."

Forbes is a longtime proponent of the flat tax, which he pushed during his failed 1996 presidential bid. Now, according to the New York Times, Forbes is advising Perry on his own flat tax proposal.

Forbes said the plan Perry would unveil would include "low-rate, generous exemptions for adults and children" that would "make it worthwhile to invest in America again. He also said it would "drastically simplify the tax code, lowering the corporate rate" and making it the "best in the developed world."

Several Republican presidential have pledged commitment to some variation on the flat tax, which they say is a simple, fair way to overhaul the tax code. Herman Cain, whose "9-9-9" plan includes a 9 percent income tax, a 9 percent national sales tax, and a 9 percent business tax, has been a particular point of focus - both due to Cain's much-heralded claims of the plan's simplicity, as well as the skepticism those claims have inspired.

Newt Gingrich, too, announced an "optional" flat tax plan Monday in an op-ed for the Quad-City Times.

Former Massachusetts Governor Mitt Romney's history of support for the flat tax, however, is more muddled. Back in 1996, he derided Forbes' plan as a "tax cut for fat cats."

Last August, however, he was quoted as saying "I love a flat tax."