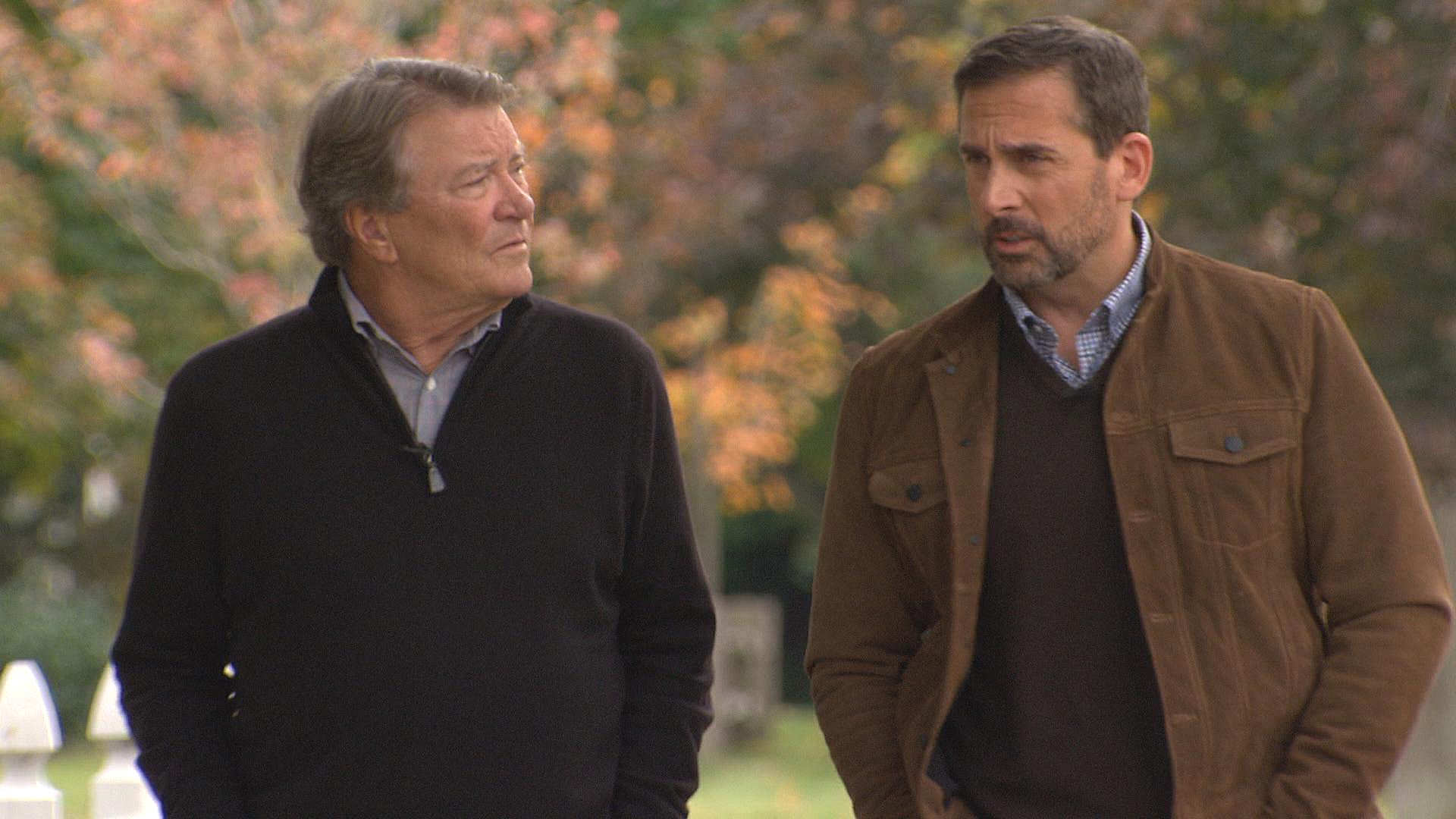 "He is totally unrecognizable," says Steve Kroft. "I know people who've gone to the movie and said, 'Who is that guy?....That was Steve Carell?'"

Famous for comedic roles in movies such as "Anchorman" and "The 40-Year-Old Virgin," Carell -- in the true-crime movie "Foxcatcher" -- plays a sinister character: millionaire John du Pont. He's "a reclusive, creepy guy," says Kroft, who profiles Carell this Sunday on 60 Minutes.

Why did director Bennett Miller choose a comedic actor for such a dark part? Kroft tells Overtime that Miller "wasn't looking for a real heavy...He didn't want somebody who the audience would see and say, 'Oh, something really bad and sinister is going to happen.' He wanted somebody benign."

Carell was drawn to the part because "it was a bit challenging for him," Kroft says. "Completely unlike anything he's ever done before."

Kroft first met Carell and his wife, Nancy Walls, also an actress, in 2001, when Kroft interviewed Jon Stewart for a 60 Minutes profile. At that time, Carell and Walls were correspondents on "The Daily Show."

"His wife is very funny. His wife is wonderful," says Kroft. "The two of them just kind of go at it. I mean, it's like a comedy team."

The above video was produced for 60 Minutes Overtime by Magalie Laguerre-Wilkinson and Lisa Orlando. It was originally published on November 9, 2014.

Learning how to "Stop the Bleed"

An archivist makes a stunning find after a 60 Minutes story airs about Sir Nick Winton, the Londoner who saved 669 children from the Nazis
Thanks for reading CBS NEWS.
Create your free account or log in
for more features.
View CBS News In
CBS News App Open
Chrome Safari Continue
Be the first to know
Get browser notifications for breaking news, live events, and exclusive reporting.