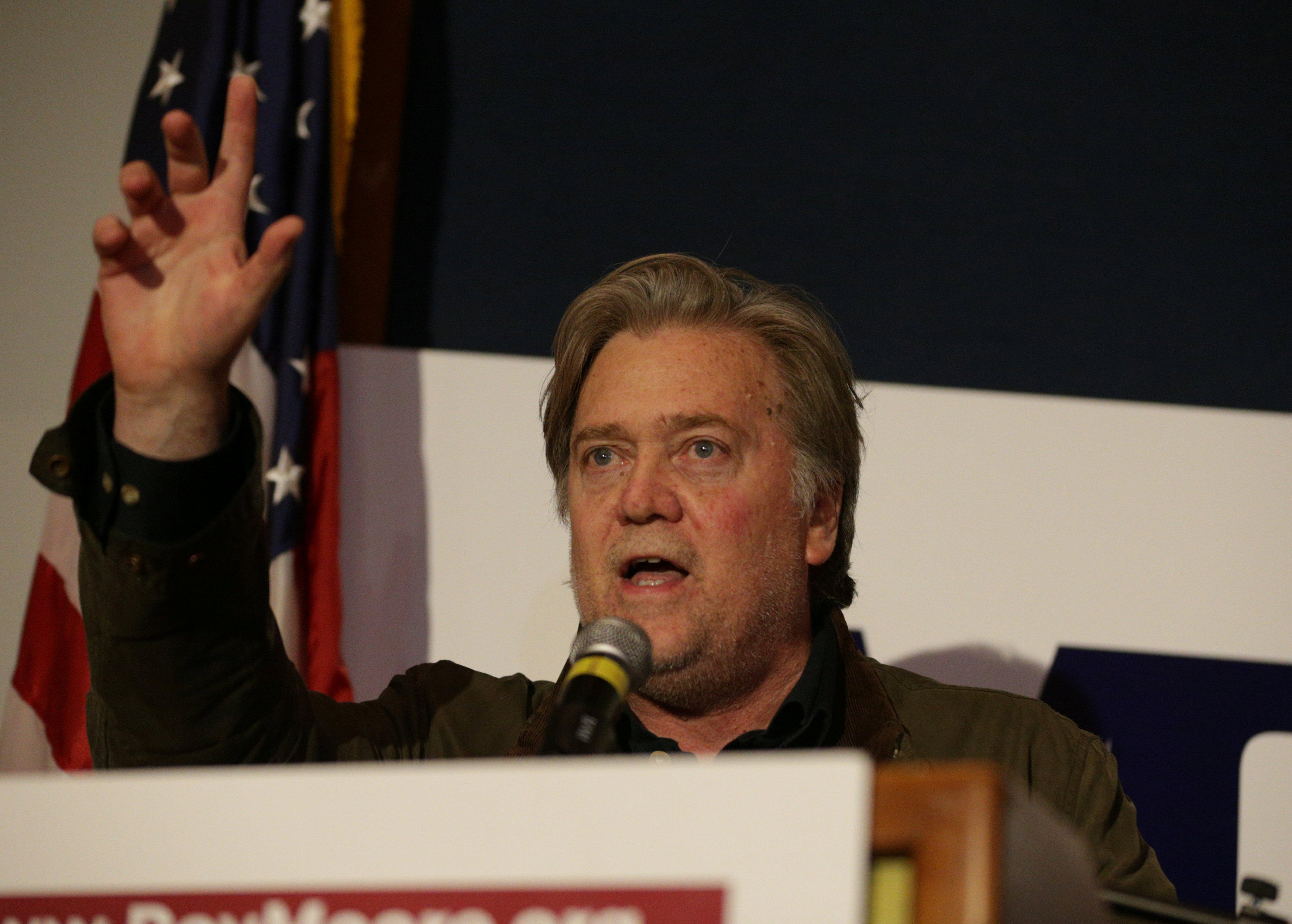 President Trump's former chief strategist Steve Bannon predicted Saturday that his former boss will not only finish out his first term, but win a second term with 400 electoral votes in 2020.

"President Trump's not only going to finish this term, he's going to win with 400 electoral votes in 2020," Bannon told his conservative audience in a speech at the Values Voters Summit in Washington, D.C.

Bannon was directly refuting a recent Vanity Fair article in which two sources said Bannon believes Mr. Trump only has a 30 percent chance of finishing his first term. Bannon, who returned to Breitbart News as its executive chairman after leaving the White House this summer, has pledged to fight for Mr. Trump and his agenda from outside the White House. Part of that pledge includes fighting the establishment GOP Bannon believes is responsible for stifling that agenda.

On Saturday, Bannon said there is a season for everything.

"And right now it's a season of war against a GOP establishment," Bannon said.

For Bannon, much of that war focuses on neutralizing Senate Majority Leader Mitch McConnell. On Capitol Hill, "it's like before the Ides of March," Bannon said, referring to the date of Julius Caesar's assassination.

"They're just looking to find out who is going to be Brutus to your Julius Caesar," Bannon said, as if he was speaking to McConnell.

Bannon said conservative voters, like those in his audience Saturday, are drying up donor funding for McConnell's establishment candidates.

For Bannon, a major victory was ultra-conservative former judge Roy Moore's defeat of the Trump- and McConnell-backed Luther Strange in Alabama. That race pitted Mr. Trump against many of his staunchest supporters, like former Alaska Gov. Sarah Palin and Bannon.

Bannon said he and his movement are "gonna blow those exchanges up" to cheers and applause from the audience.

Sebastian Gorka, a former deputy assistant to the president who spoke at the conference before Bannon, said Bannon has declared war on the "RINO" (Republicans in name only) class, and "every swamp dweller" in Washington, regardless of party. Bannon, Gorka said, is more powerful than liberals have ever imagined.

"The left has no idea how much more damage we can do to them as private citizens, as people unfettered by being part of the U.S. government," Gorka said.