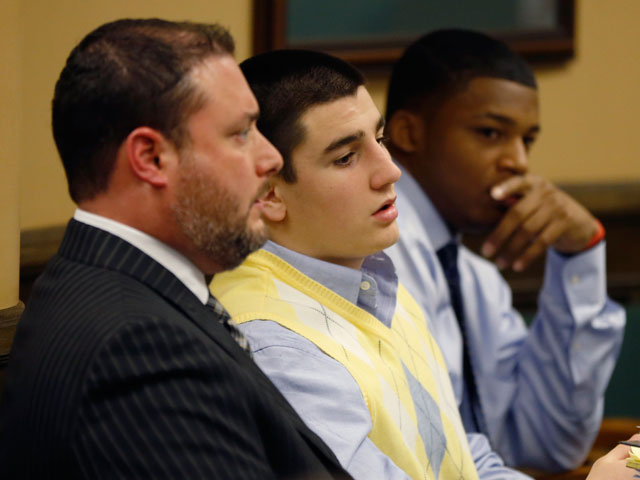 (CBS) - As she listens to the testimony of witness after witness who saw two Ohio teens allegedly rape a 16-year-old girl during a night of partying, Katie Hanna, the executive director of the Ohio Alliance to End Sexual Violence, says she can't help but think one thing: "These kids weren't clear what rape is."

Ma'Lik Richmond, 16, and Trent Mays, 17, are accused of digitally penetrating a 16-year-old girl in the back seat of a car and in the witness's basement during a night of partying last August. The boys have pleaded not guilty. They claim the girl could have said no had she not wanted to be involved in the sex acts.

Over nearly three days of testimony, multiple teen witnesses have taken the stand and recalled that on the night of Aug. 11, 2012, the alleged victim drank heavily and became intoxicated, exhibiting such behaviors as slurring her speech, having trouble walking and vomiting.

On Friday, two witnesses testified to seeing Mays and Richmond each put their fingers in the girl's vagina. One of the witness testified that he saw Mays attempt to get the girl to perform oral sex on him.

"None of these teens looked at what they saw as rape," says Hanna.

According to the FBI, rape is "penetration, no matter how slight, of the vagina or anus with any body part or object, or oral penetration by a sex organ of another person, without the consent of the victim."

Hanna wrote on the OAESV's blog Thursday night that, "'A dead body' cannot consent." According to testimony from a forensic expert who examined the cell phones of the defendants and witnesses, the girl was repeatedly referred to as seeming "dead." The New York Times reports that Mays sent a text saying that the girl was "like a dead body."

"When you see someone vomiting, that's not the time to engage in any kind of sexual activity," says Hanna.

Hanna says that the trial makes it clear that there is much more work to do to educate teens about sexual violence.

"There is an assumption about what rape is supposed to look like," says Hanna. "People think it is a violent act, using a weapon, perpetrated by a stranger. But that's not the reality of most sexual assaults."

According to the most recent federal data, 78 percent of sexual violence is perpetrated by someone the victim knows, and in only 11 percent of cases is a weapon involved.