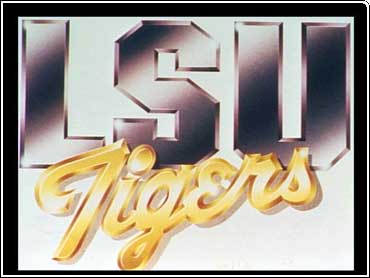 LSU coach John Brady was warned Wednesday that he will be suspended for at least three games if he again publicly criticizes another team, coach or player.

Brady was reprimanded by the Southeastern Conference a day earlier for remarks he made after Alabama defeated LSU 82-73 on Saturday in Baton Rouge. The game ended with the Crimson Tide's Ron Grizzard jumping on a press table, pumping his fist and exchanging taunts with LSU fans.

Brady exchanged words with Alabama coach Mark Gottfried and Alabama assistant Tom Kelsey, who had to be restrained by a policeman.

After the game, Brady said Grizzard and teammate Doc Martin were "acting like a couple of jerks," adding that "the players are a reflection of the coach."

In The (Baton Rouge) Advocate's Wednesday morning editions, Brady said he was not remorseful over his comments about Alabama.

"I'm certainly not apologizing," Brady was quoted as saying.

Brady added that when he received Tuesday's letter from the SEC he "wadded it up and threw it in the trash."

On Wednesday, SEC commissioner Roy Kramer told Brady in a second letter that if he continues to discuss the matter in a way that "fails to abide by the spirit and provisions" of SEC bylaws that he will receive an immediate suspension of at least three games.

The suspension, which he will not be able to appeal, would exclude Brady from participating in practices and recruiting, the letter said.

"The office of the Southeastern Conference will not condone your actions and continuing inappropriate comments," Kramer wrote. "Coaches play a very significant role in the promotion of good sportsmanship and must provide a favorable example in conduct and language."

Brady was not immediately available for comment Wednesday. LSU was scheduled to play at home Wednesday night against Vanderbilt.