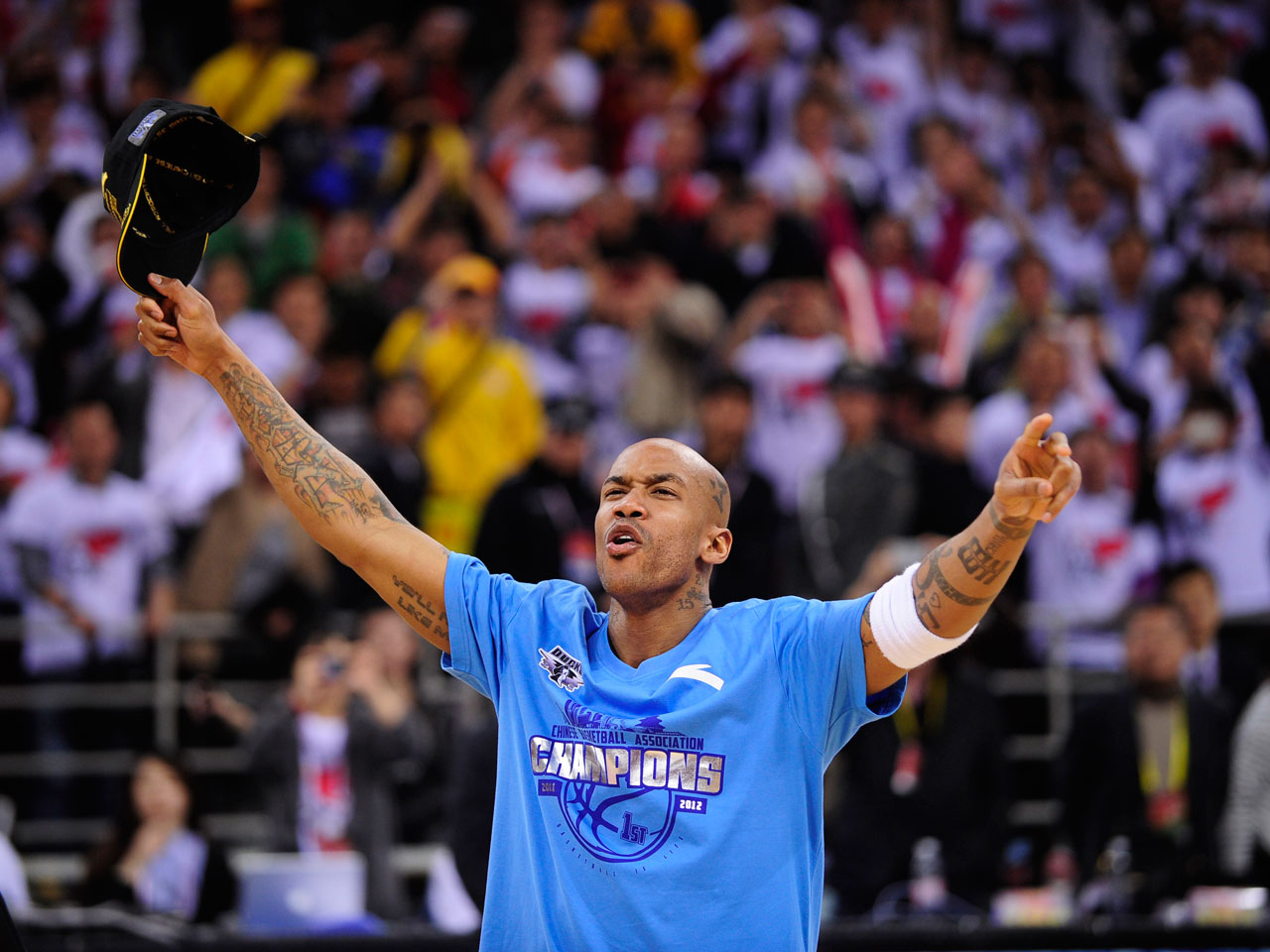 Basketball in China looks like basketball in America - particularly if you look at some of the players.

Stephon Marbury - a former New York Knick - remains very popular six years after first coming to China, where his fans in Beijing carry giant paper cutouts of his face in the stands.

"Marbury brings glory to this town," one of his fans, Yang Zhong said. "He brought us two championships."

His fans chant: "ma buh li" - his name with a Chinese twist. In the locker room he said that's familiar now.

"I've been here for over six years," Marbury said. "You know, it's normal to me now."

He joined the Chinese Basketball Association, or CBA, in 2009 as his career in the U.S. was waning.

He was just 32 and in the middle of a $20 million a year contract with the Knicks - but disputes with coaches, sex with an intern, and online meltdowns were overshadowing his game.

Marbury said coming to China "was like being reborn again."

Twenty-six former NBA players have been hired by teams in China to sharpen performance and raise basketball's profile here.

It seems to be working. Game attendance is up, and Marbury is a superstar. Beijingers love that he rides the subway. They made him an honorary citizen, and even put up a statue.

He says his inability to speak Chinese allowed him to silence the criticism, and focus on re-building his life.

His story of redemption in a foreign land resonates, so much so that there's a musical about it called "I am Stephon Marbury."

"People ask me about China all the time," Marbury said. "You gotta come to China to see for yourself. Me telling you this, you're not going to believe me."

He's tattooed "I love China" to his arm. Among his fans, the feeling is mutual.

The exchange is pretty simple, Marbury said, adding: "It's easy to love people who love you."