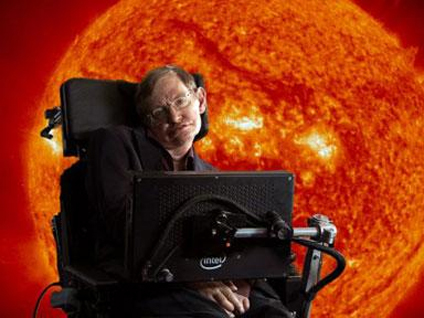 Cambridge professor and theoretical physicist Stephen Hawking, the author of the bestselling "A Brief History of Time," who survived more than six decades with a motor neurone disease that doctors believed would kill him in his early 20s, has died at age 76, his family confirmed Wednesday.  In an interview published in the Guardian in 2011, Hawking said he did not fear death. He also said that having lived with the prospect of death from his incurable illness had ultimately led him to enjoy life more.

Hawking told the Guardian's Ian Sample that he believed there is no afterlife, and that the concept of heaven is a "fairy story" for people who fear death.

He said that when the brain ceases to function, that's it: "I regard the brain as a computer which will stop working when its components fail. There is no heaven or afterlife for broken down computers; that is a fairy story for people afraid of the dark."

Hawking was the target of criticism from religious circles when his book, "The Grand Design," argued that there was no need for a creator to explain the universe's existence.

He told the paper that our existence is down to pure chance, and that one's goal should be to "seek the greatest value of our action."

Three years later, in an interview with El Mundo, a Spanish-language newspaper, Hawking was even more direct, declaring, "I am an atheist."

He added: "Before we understand science, it is natural to believe that God created the universe. But now science offers a more convincing explanation."

Hawking was diagnosed Amyotrophic Lateral Sclerosis (ALS), or Lou Gehrig's disease, when he was a student at Cambridge. Despite his condition -- confined to a wheelchair, and in later years speaking via a voice synthesizer --  he was able to pursue his studies of quantum mechanics, gravity, black holes, and a Unified Theory of Cosmology.

In addition to "A Brief History of Time," his other books include "The Universe in a Nutshell," "On the Shoulders of Giants," and "God Created the Integers: The Mathematical Breakthroughs That Changed History."

Hawking also appeared in several documentaries, and played himself (or at least a holographic version of Stephen Hawking) in a 1993 episode of "Star Trek: The Next Generation." Guest appearances on other popular television shows, including "The Simpsons" and "The Big Bang Theory," delivered him squarely into the realm of popular culture.

Hawking, whose life was dramatized in the 2014 film "The Theory of Everything," married and divorced twice, and fathered three children.