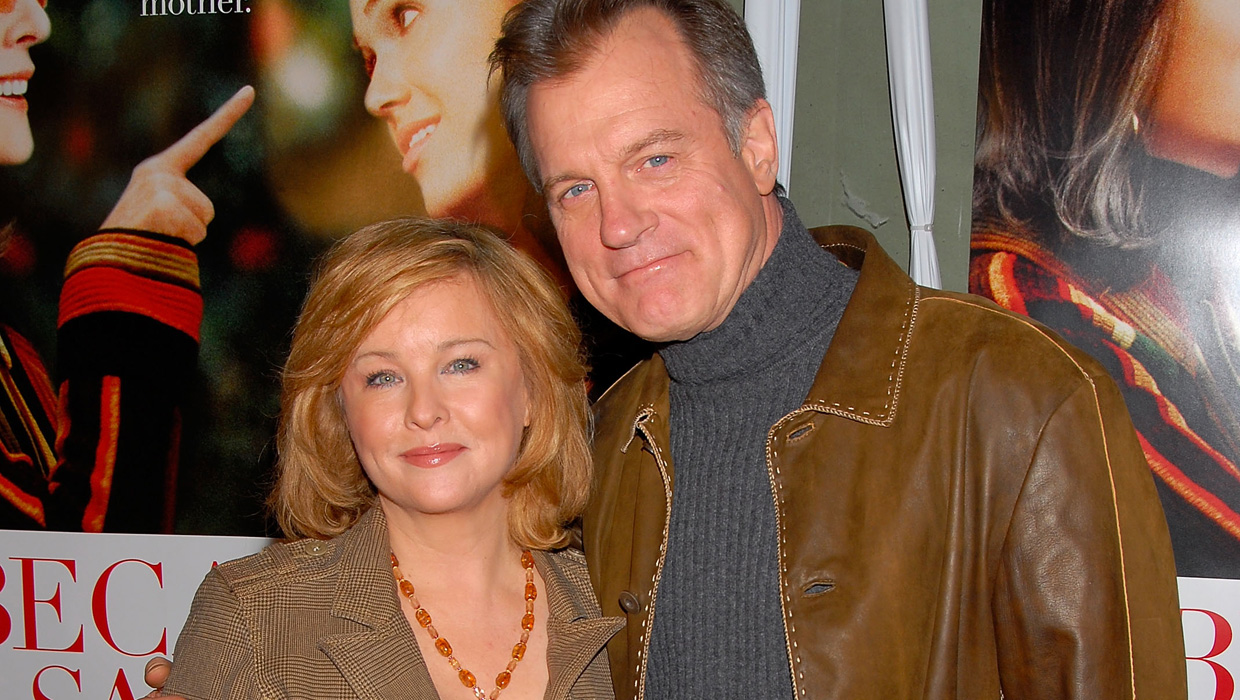 ET has obtained the declaration from Stephen Collins' wife of 27 years, Faye Grant. The document, which was filed as part of their divorce proceedings, includes claims that she discovered the "7th Heaven"actor had been having inappropriate sexual relations with children.

According to the document, the couple separated in 2012 after Grant allegedly learned "for the first time that Stephen had been living a secret life." The declaration claims, in the presence of a therapist, Collins admitted that he had "engaged in a long term pattern of sexually abusing minor children, including sexually molesting three young girls over a decade ago."

"I believe that Stephen used his celebrity status to engender the trust of the families of the children he molested," Grant's declaration claims. "I further believe that there have been other victims, but he has thus far only confessed to those three girls."

The document alleges that Collins admitted that one of the victims lived in Los Angeles, while two others resided in New York. "The two victims in New York were apparently molested over the course of several years, from the ages of 10-14 years old," Grant claims in the document. "My understanding is that all three of these victims are now over the age of 26." Grant says that she believes one of the victims filed a sexual assault complaint in New York.

Grant, 57, insists in the papers that she had no idea of her husband's alleged behavior. "Again, I had no knowledge of Stephen's secret life until January 2012," the document reads. "I never witnessed anything first-hand that would have given me any indication of what Stephen was doing. After Stephen admitted to molesting the three young girls, I reported his acts to the police in both Los Angeles County and New York City."

The documents also claims that the 67-year-old actor's mental state, "Stephen's therapist subsequently disclosed to me that Stephen has narcissistic personality disorder with sociopathic tendencies."

Grant also makes allegations regarding the 67-year-old actor's mental state: "I have urged Stephen multiple times to seek proper treatment for pedophilia," Grant, who's an actress herself, says in the doc. "I am particularly afraid of what may happen if he does not seek treatment, because he may be working or interacting with children in connection with his employment."

She continues, "I know that he has used a 12-step model for sex addition, and that he was also seeing a 'sexual dysfunction' therapist. However, he has refused to seek proper help or hospitalization for his predilection towards children. He has insisted that my concerns are unfounded."

Collins' estranged wife also alleges that she's gotten threats from "one of the victim's husbands." She says, "I received two letters from a man who identified himself as the husband of one of Stephen's three aforementioned victims. He berated me for my cowardice in not turning Stephen in to the police. He then called me on the phone and threatened to bring a civil lawsuit against me for Stephen's assaults."

Early Tuesday morning, TMZ released audio they alleged was of Collins admitting to having sexual contact with one or more children during a therapy session that Grant reportedly recorded without her husband knowing.

Meanwhile, ET can confirm that Collins has been released from Seth MacFarlane's sequel "Ted 2" following the allegations. Collins recently coyly answered questions about the role, tweeting: "I'd tell you but @SethMacFarlane would have to kill me. RT @Rene_Auer: @StephenCollins What is your role in TED 2?"