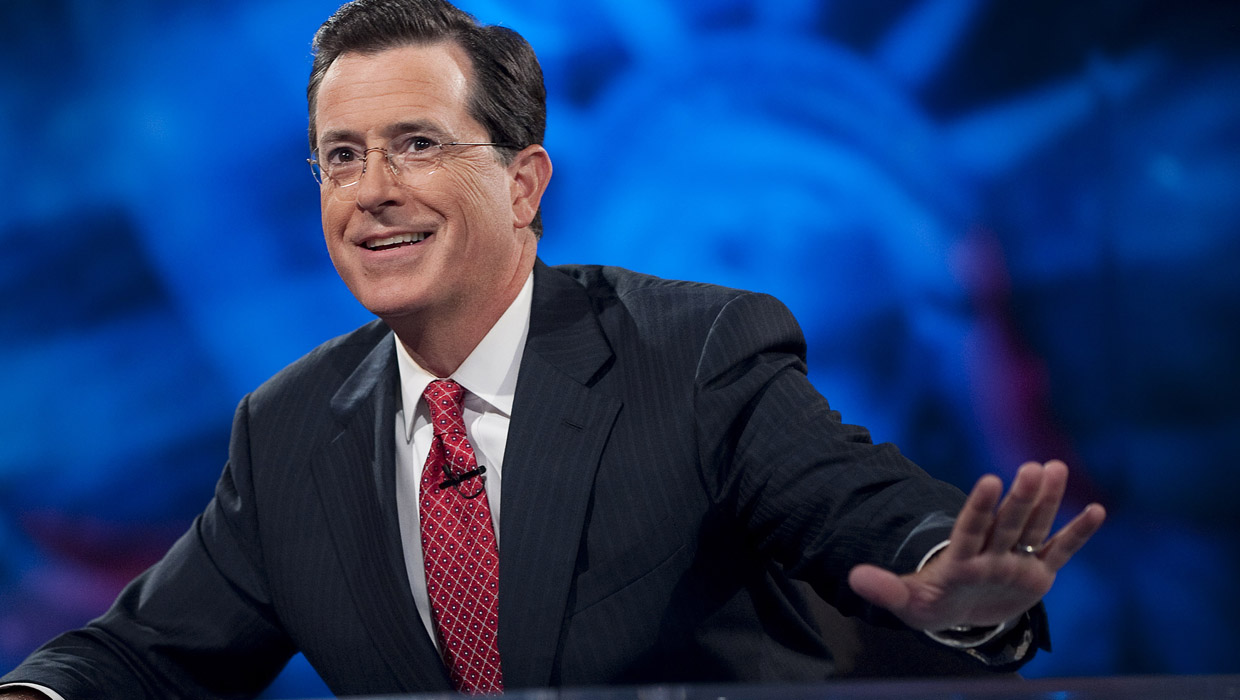 "I think you're really going to like it. Oh, wait a second! Here it is," he said, flipping his middle finger into the camera on the "Colbert Report" Wednesday.

"Hey Amazon! Customers who enjoy this also bought this," he said, flipping his other middle finger.

"I am not just mad at Amazon. I am mad Prime," he said, punning Amazon's premium service.

The online retail giant is in a long-running dispute with Hachette, which is owned by a French publishing conglomerate.

Michael Cader, founder of Publishersmarketplace.com, says Amazon is demanding bigger commissions on e-book sales from Hachette and that other publishers are next.

"What we're hearing, what's being reported, is that Amazon wants to change that commission to 40 percent or even 50 percent," Cader said.

The dispute hurts everyone involved.

"It's a case in which there are no real winners so far, right? Everyone is either losing sales or losing in public reputation or losing an ability to reach readers,"

When Hachette balked, Amazon, the largest book seller in the U.S., retaliated by removing preorder buttons on Hachette's upcoming titles and delaying shipments of current ones.

"A vicious tactic by Amazon CEO Jeff Bezos, or should I say, Lord Bezomort?" Colbert said on his show.

Colbert launched the hashtag "#CutDownTheAmazon" and directed his fans to Powell's, an independent bookstore in Oregon.

"And we're going to prove that I can sell more books than Amazon! Alright? [Audience applause] And when you buy it, don't forget, don't forget, also on my website you can download this sheet of stickers. It says, 'I didn't buy it on Amazon,'" Colbert said.

On Thursday Hachette told "CBS This Morning" in a statement that sales of its book "California" "exploded following The Colbert Report and they continue to increase at an astonishing pace."

With no end in sight for the Hachette-Amazon dispute, this probably won't be the last word on the subject from Colbert.

"So watch out Bezos because this means war," Colbert said.

Amazon declined to comment for this story. Although Colbert didn't address the controversy again on his show last night, the company can expect more publicity later this month when it unveils a new top-secret device. JK Rowling's latest book releases the very next day.