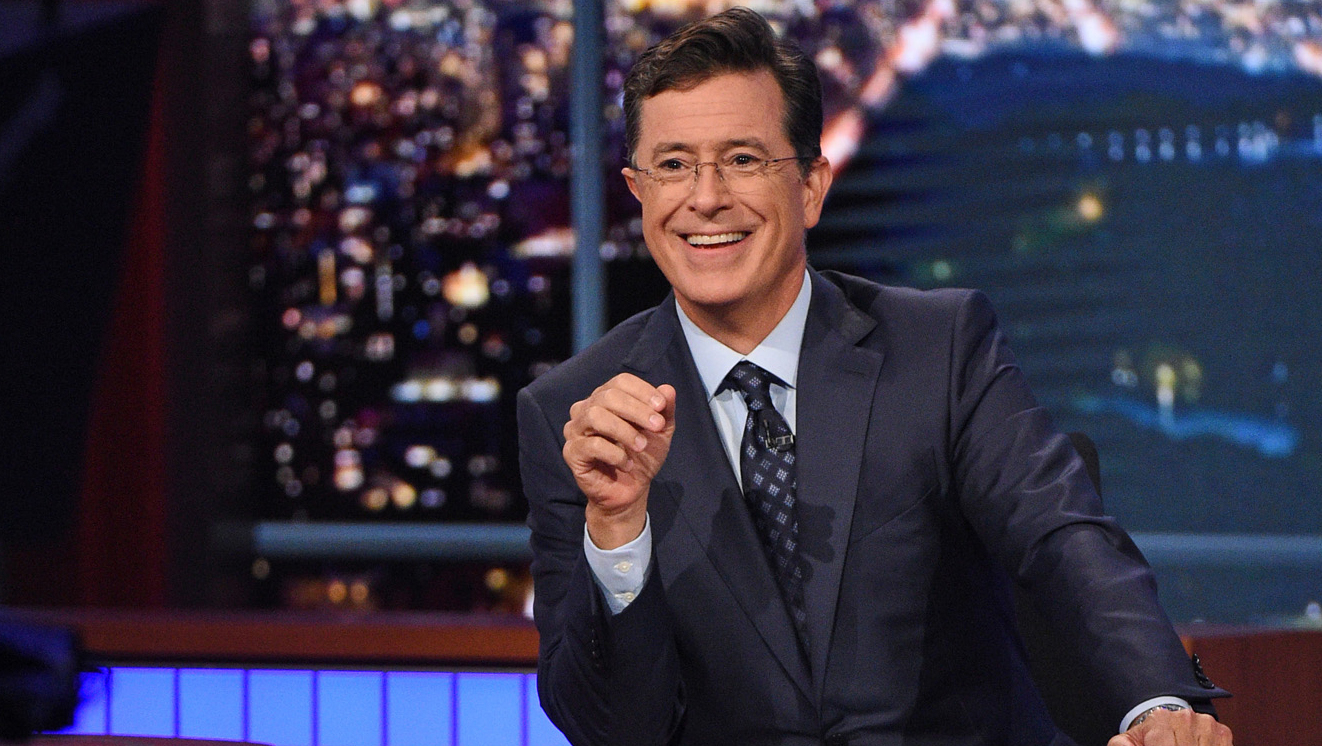 Stephen Colbert is excited for President Donald Trump's "most dishonest" and "corrupt" media awards. The "Late Show" host threw his hat in the ring with a giant "for your consideration" billboard in Times Square.

The TV host posed for the black-and-white ad, in the style of movie studio Oscar campaigns. The billboard says the "Late Show" wishes to be considered for "all categories," including "best Chex mixing," "Least Breitbarty" and "Smallest Button."

Colbert also tweeted the ad, writing, "So excited for Monday's "MOST DISHONEST & CORRUPT MEDIA AWARDS OF THE YEAR!" See you on the red carpet, @AndersonCooper! #TheFakies."

It was Colbert's joking response to Mr. Trump's tweet Tuesday, which read: "I will be announcing THE MOST DISHONEST & CORRUPT MEDIA AWARDS OF THE YEAR Monday at 5:00 o'clock. Subjects will cover Dishonesty & Bad Reporting in various categories from the Fake News Media. Stay tuned!"

The details of the president's planned "awards" were unclear. His post about it came in between other tweets threatening the use of a big nuclear button against North Korea and touting Fox News' Sean Hannity's 9 p.m. show.