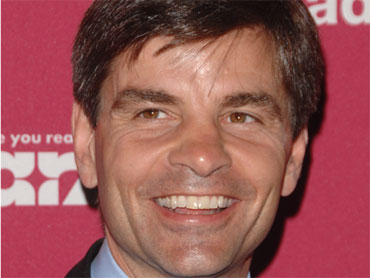 ABC's George Stephanopoulos is officially moving to the morning.

The network announced that Stephanopoulos will replace Diane Sawyer as co-host of "Good Morning Americam" starting Monday. He'll be paired with Robin Roberts.

The show's executive producer, Jim Murphy, says the arrival of Stephanopoulos signals the show's plans to toughen up by adding more news content. Stephanopoulos has been host of "This Week" on Sundays and will continue as the network's chief political correspondent.

ABC will be replacing him as host of "This Week."

Stephanopoulos was an adviser to President Bill Clinton before joining ABC.